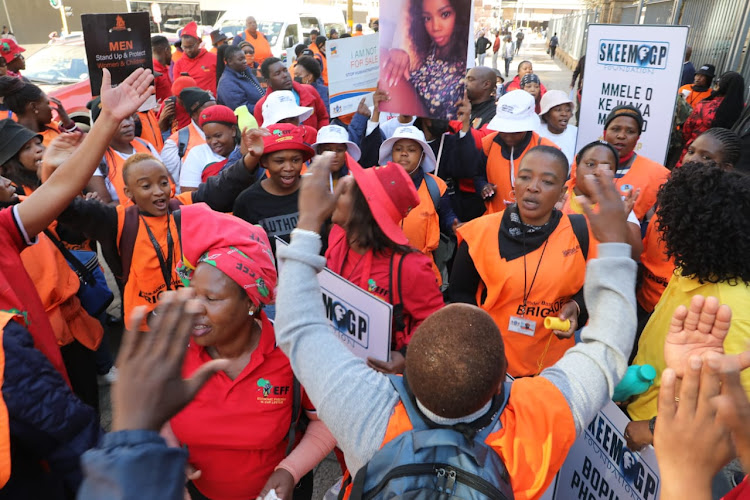 “Anything less than a life sentence will be an injustice.”

These are the words of the late Tshegofatso Pule’s uncle Tumisang Katake outside the high court in Johannesburg after the postponement of the pre-sentencing proceedings on Monday.

The man convicted of orchestrating Pule’s murder, Ntuthuko Shoba, appeared briefly in court where his case was postponed to July 28. This was to allow Shoba to prepare a pre-sentence report for the court. Shoba opted to have his own private probation officer to represent him in the mitigation of sentence.

Katake said the delays in starting sentence proceedings drags out the time for the family to have closure.

“As much as we would have loved for the matter to proceed but that is just how the justice system works. We just have to give him a chance for the report to be compiled. I would have loved to hear the reasons the pre-sentence report could not be prepared...Again, we see a process where our family is being denied a chance of closure.

“The sentencing proceedings have to be concluded so that the family can get closure and we all go back to mourn and make sure that we reflect on the anguish and pain that this ordeal has caused us as a family,” he said.

Acting judge Stuart Wilson said delays in such cases are not ideal. Wilson said he hoped there would be no further delays in the matter.

Guilty verdict for Ntuthuko Shoba in murder of Tshegofatso Pule

Dressed in a red jacket and blue jeans, Shoba sat quietly in the dock next to three other men who were going to appear for another matter later in the day.

The court was packed with journalists, activists and Pule’s family who had hoped to see the beginning of sentencing proceedings.

In March, Shoba, 33, was found guilty of orchestrating Pule's killing  in June 2020. Pule’s body was found hanging from a tree in Durban Deep, western Johannesburg.

Shoba was arrested in February 2021 just a day before Muzikayise Malephane, the man he hired to kill Pule, was sentenced to 20 years' imprisonment for his role in her murder.

During his trial, Malephane entered into a plea bargain to turn state witness against Shoba. Malephane confessed that Shoba hired him to murder Pule to hide her pregnancy from his wife. He claimed that he was promised R70,000 for the killing.

Outside court, a group of people, some in political regalia, sang against gender-based violence.

Police minister Bheki Cele has joined the throng of people celebrating Ntuthuko Shoba's conviction on Friday for ordering the murder of his pregnant ...
News
2 months ago

It was an emotional victory for Tshegofatso Pule's family as the man accused of masterminding her murder was convicted.
News
2 months ago

Ntuthuko Shoba, the man alleged to be the mastermind behind his heavily pregnant girlfriend Tshegofatso Pule’s murder in June 2020, was successful in ...
News
2 months ago
Next Article