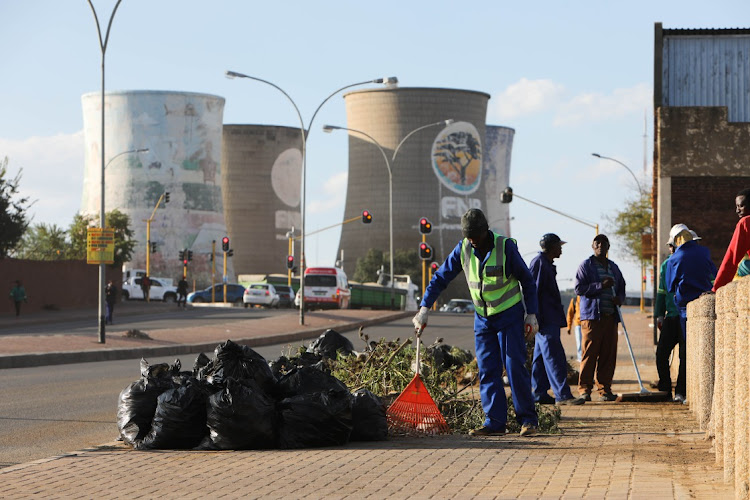 When President Cyril Ramaphosa arrives for the second post-state of the nation presidential imbizo in Bloemfontein on Saturday, Potso Motoko plans to tell him exactly how he feels about the Mangaung metro, which was placed under administration this week.

“I am going to tell him about the corruption, unemployment challenges and that we are tired of foreign nationals taking over the country. There is also an issue with potholes, unreliable and dirty water supply and the bucket system that is still being used by the communities,” he said.

Motoko, who chairs the Mangaung Service Delivery Forum, will be among thousands of community members who will gather at the Dr Molemela Stadium to see Ramaphosa.

The Botshabelo community leader told TimesLIVE he also plans to ask Ramaphosa to address the issue of accessing land.

“The politicians just take over and give each other pieces of land and we don’t know how the process is done,” he said.

Ramaphosa’s visit to the Free State aims to help the national government identify problems and remove obstacles to service delivery in line with the district development model (DDM).

Tourism authorities are buoyed by President Cyril Ramaphosa's announcement that the PCR test requirement will be scrapped for travellers to SA from ...
News
4 months ago

Premier Sisi Ntombela, a delegation of ministers, MECs and the mayor will listen to community members then table a plan for how the government plans to address concerns.

The visit comes days after the cabinet placed the metro under administration due to internal factional fighting, financial mismanagement and poor governance.

The presidency said: “Following failure by the Free State provincial executive to implement a financial recovery plan in the metro, the municipality has now been placed under a national intervention.

“The intervention is directed at helping the metro to improve its finances and to deliver on its mandate, and to return to sound governance and a better life for residents, the business community and other stakeholders.”

The visit to the troubled ANC-led metro comes after a National Council of Provinces select committee recommendation that it be handed over to the national department of co-operative and governance and traditional affairs [Cogta] after failing to get its house in order since it was placed under administration in 2019.

On Friday, Bloemfontein was a hive of activity with municipal workers trimming verges and collecting refuse, and evidence of freshly filled potholes.

Men cleaning Harvey Road in the CBD said they were approached three days ago by municipal officials who offered them a piece job to clean the CBD “for Ramaphosa’s visit”.

One of the men, wearing a neat blue overall and holding a broom which still had a price sticker on it, said: “We started cleaning here on Wednesday, this place was not like this, it was filthy.

He said he was looking forward to hearing Ramaphosa's plans for tackling unemployment and crime. “You see, they took us from the streets. We live on the streets begging for piece jobs and this is our third day on the job.”

He declined to say how much they are will be paid for their three days of work.

Another man, who also asked not to be named, said: “They came with black plastic bags and asked us if we wanted a job to clean the city and we agreed.”

A taxi driver who asked not to be named said he had not seen Bloemfontein this clean in years.

“Obviously this is being done for the president, this town is always filthy. I recently visited Durban and I was even scared to throw away my cigarette butt on the floor because it’s so clean,” he said.

The delegation will proceed to the imbizo, which is expected to take place at 11am.

After hours of listening, President Cyril Ramaphosa asked his ministers to respond to the more than 30 concerns raised during the session.
News
4 months ago

‘We are not xenophobic’, Cyril Ramaphosa tells fellow Africans

'We have been very welcoming to our nationals from other parts of the world.'
News
8 months ago