Suspect bust on his way to trade the weapon 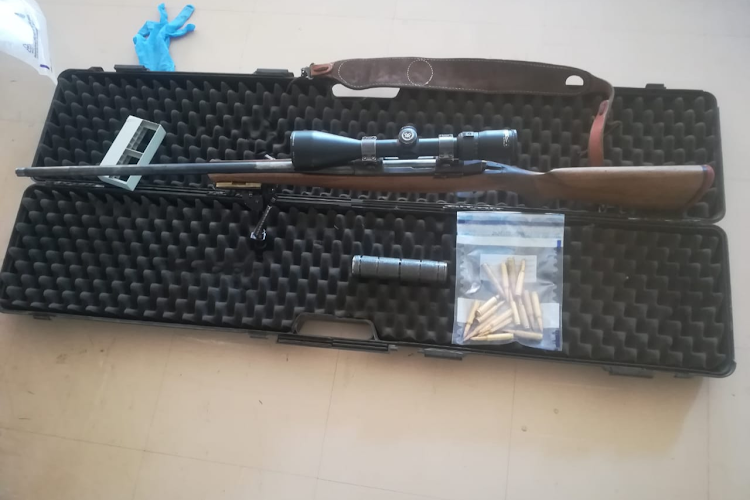 The rifle, silencer and 16 live rounds of ammunition.
Image: SAPS

Free State police have apprehended a man in possession of a stolen rifle, silencer and live rounds of ammunition.

The weapon is believed to have been stolen in the Eastern Cape.

Lt-Col Thabo Covane said officers had received information that the 28-year-old suspect was on his way to trade the rifle.

A case of possession of an unlicensed firearm and ammunition was opened at Boithuso police station.

The suspect will appear in the Botshabelo magistrate's court on Monday.

Police minister Bheki Cele says his department remains concerned about how firearms such as R5 rifles are finding their way into the hands of ...
News
3 months ago

The case against three alleged ATM bombers accused of robbing the Malamulele police station in Limpopo was postponed on Monday.
News
3 months ago

The recent attacks and robberies at police stations have put security measures under the spotlight as brazen criminals rob police officers of their ...
News
5 months ago
Next Article