Free State official to be coached on use of social media

Sadtu slur was meant to be a joke with friends – Mangope 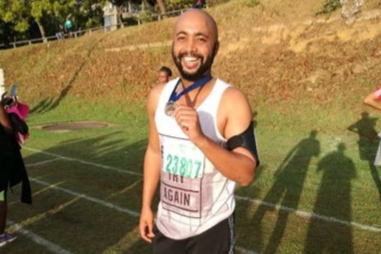 The Free State department of co-operative governance and traditional affairs (Cogta) plans to rehabilitate its official, Tshediso Mangope, and help him have a better understanding of social media.

This comes after Mangope, a technical adviser at the office of MEC Mxolisi Dukwana, posted a derogatory post about members of Sadtu on Wednesday. His post read: "Boy starts his journey at Grey College, he is too happy. No magwinya and archaar eating Sadtu person will teach my children."

The post was meant to celebrate his son who was moving to a semi-private 165-year-old school.

This followed a post which appeared to have been posted a few days ago which showed a picture of two women sitting by the swimming pool. In the caption he said the two ladies were from Sadtu.

Sadtu in the province then called for his immediate dismissal.

Provincial secretary Mokholoane Moloi said Mangope cannot hide his hatred for Sadtu, the organisation that is also attached to ANC through its ally Cosatu.

"As Sadtu we are requesting the MEC to remove this individual from the office with immediate effect because he is taking our country backwards to the past era of embracing the whites while he is a product of the same teachers he is today disrespecting and insulting.

"This is the person who is degrading our institutions of learning in the township because he can now afford to take his child to former model C school because of being employed in the office of an ANC deployee," Moloi said.

“Some young people have contracted HIV/Aids because they are with older people, they want blessers. The smartphone and Brazilian hair they bought you ...
News
1 week ago

Departmental spokesperson Zolile Lobe said: "The MEC has received a letter from Sadtu calling for his immediate removal. While the MEC will look into the matter, we have decided to rehabilitate and assist him (Mangope) to have a better understanding of social media.

"He has also shown remorse for his actions and has removed the post. The MEC believes that his apology was a responsible thing to do."

When Mangope was called for a comment his phone rang unanswered and he did not respond to messages sent to him. However, in his telephonic interview with FS Central News, Mangope said the post was meant to be banter with his friends.

"It's just an unnecessary headache, this thing. The post was meant to be a joke. There was nothing really significant. I regret having posted it. I was joking with my friends in the sector and not intended to be malicious. I am extremely apologetic to everybody," he said.