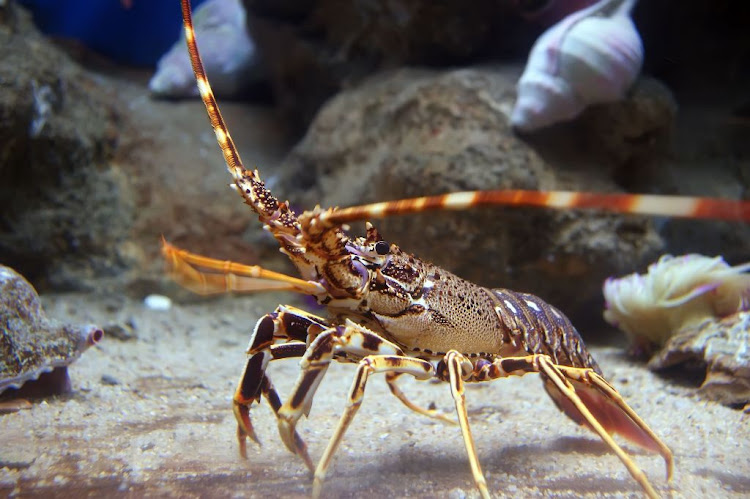 Police confiscated two vehicles from suspects who were arrested for illegal possession of West Coast rock lobster tails this week.

A joint operation between police and department of forestry, fisheries and the environment (DFFE) officers on Wednesday led to the arrest of five suspects on the west coast.

“The swift action taken during an integrated operation by the SA Police Service and DFFE resulted in the arrest of five suspects who were caught in possession of West Coast rock lobster tails and other marine resources without the necessary permits,” said Col Andrè Traut, Western Cape police spokesperson.

“Information was received that two vehicles were heading towards Cape Town from Elands Bay with marine resources that were poached in the area.

“In Laaiplek one of the vehicles, a Toyota LDV, was stopped and searched which led to the discovery of 57 West Coast rock lobster tails. Two male suspects aged 31 and 52 were arrested.”

Traut said a large sum of money was recovered from the second vehicle.

“In Piketberg the second vehicle, also a Toyota LDV, was apprehended where 6,998 West Coast rock lobster tails and an assortment of marine resources were confiscated. A large sum of cash, believed to be the proceeds of crime, was also seized. Three male suspects aged 32, 36 and 42 were arrested,” he said.

“The combined value of the seized resources is estimated at around R730,000. Both vehicles were also impounded. The suspects, who are from Mitchells Plain, Bonteheuwel and Athlone, are due to make their court appearance once they have been charged.”

A gas explosion at a house in Motherwell in Nelson Mandela Bay in the Eastern Cape revealed a trove of poached abalone with an estimated street value ...
News
8 months ago

Abalone valued at more than R600,000 seized in Eastern Cape

Police have urged residents in coastal cities and towns to assist in protecting endangered marine life.
News
9 months ago

Abalone worth R2m seized in Cradock

The Cradock crime prevention unit confiscated 1.4 tons of abalone this week.
News
10 months ago
Next Article