Schools defy department with exams, not tests, for grades 10 and 11

Model C schools say exams are essential to prepare candidates for matric, but some say this is unfair for poorer pupils 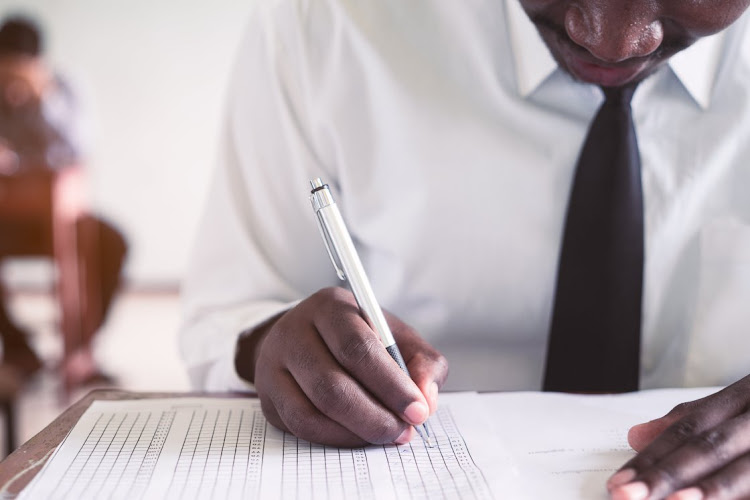 Many former Model C schools are forging ahead with plans to offer full-scale exams to grade 10 and 11 pupils, despite an instruction by the department of basic education (DBE) to offer “controlled” tests instead.

The department asked schools in an October 4 circular to conduct exams for grade 10 and 11 pupils, but made a sudden U-turn a few days later.

In a subsequent circular dated October 11, it said exams must instead be replaced by controlled tests.

The test will make up 40% of the pupil’s total mark in a subject for the year. The remaining 60% will come from school-based assessments (SBA).

SBAs are completed by pupils throughout the year and comprise, among other things, orals, practicals, projects, exercises and assignments.

The duration of exams is far longer than that of controlled tests and, while a subject may require three papers to be written during exams, only one paper is generally written in a subject in controlled tests.

Principals told Sunday Times Daily that because schools were expected to have all grade 11 pupils attending class daily from the beginning of the year, there was no reason they should not write exams.

Hard work and dedication are what will ensure Limpopo’s zero matric pass schools do not reenact last year’s dismal exam performance, says the ...
News
2 months ago

Hennie Pieterse, principal of Hoërskool Rustenburg in North West, confirmed that pupils from grades 8 to 11 will be writing exams because “you can’t do the minimum requirements” by just having controlled tests.

“We can’t expose them [grade 11s] to a full-scale exam for the first time only when they’re in grade 12. They need the experience of writing exams before that.”

His school’s exams started on Thursday.

He said they did not announce their top achievers for term two because it would not have been a “realistic” reflection of a pupil’s true potential as most of the assessments conducted were tests, not exams.

A senior teacher at Hoërskool Noordheuwel in Krugersdorp, who wished not to be identified, described the department’s move to scrap exams for grade 10 and 11 pupils as “utter nonsense”.

He said the department’s move to increase the weighting of the SBA mark to 60% from the previous 25% meant pupils would pass “with flying colours” because their parents assisted them with projects and assignments.

“When they fail in grade 12 next year parents will ask us why their children failed. But it’s the system failing the children because they don’t prepare them to write an exam.”

He said the grade 11 exams were crucial as universities offered provisional admission to pupils based on these results.

He said as far as he was aware all former Model C schools in Pretoria were offering exams to pupils.

The department of basic education has announced that the final matric examination will commence three days earlier to accommodate the local ...
News
4 months ago

But Thomas Hlongwane, president of the South African Principals’ Association in Gauteng, said affluent schools could afford to offer exams because they had the luxury of online learning.

“The vast majority of the township and rural schools had rotational classes. In some cases learners attended class once in two weeks, which makes exams across the board impossible.”

He said his association’s proposal was that when schools reopen in January there should be a return to daily schooling for all pupils.

“Then we can talk about full exams for everyone.”

Prof Labby Ramrathan, from the University of KwaZulu-Natal’s education faculty, said having a full-scale exam “would not materially impact on the learner’s engagement with the content being taught and learnt”.

“Controlled tests could do the same thing as full-scale exams. Fewer changes in the recovery period are needed to keep the learners on track.”

Said Ramrathan: “This level of indecision by the department is very concerning, both in terms of its timing, as the end of the academic year is near, as well as in its reach to schools across the country.”

He said learning loss and teaching time were not normal and that the department should have stuck to its original plan of having controlled tests until 2023.

“This will bring some level of stability within school, especially the assessment process.”

The department’s spokesperson, Elijah Mhlanga, did not respond to queries.

A Northern Cape high school has been plunged into mourning after three teachers were killed in a horror crash on Saturday night, while a fourth ...
News
4 months ago

The department of education in the Western Cape has called on matric pupils aged 18 and older to get vaccinated ahead of their final exams.
News
4 months ago

The department of basic education has announced that the final matric examination will commence three days earlier to accommodate the local ...
News
4 months ago
Next Article