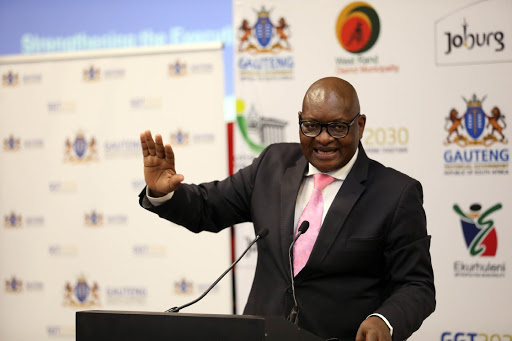 The Constitutional Court has ruled that the Gauteng government's decision to dissolve the City of Tshwane council in 2020 was unlawful, even though there were “exceptional circumstances”.

The highest court in the land on Monday set aside a ruling of the full bench of the North Gauteng High Court declaring the decision by the provincial government — led by premier David Makhura — to dissolve the council as invalid.

Rather, it ordered human settlements, urban planning and Cogta MEC Lebogang Maile to appoint a person or a committee to investigate the cause of the deadlock at the municipal council.

The apex court has also ordered ANC and EFF councillors to “attend and remain in attendance at all meetings of the municipal council unless they have a lawful reason to be absent”.

The council, led by the DA, had been unable to convene and was dissolved after months of turbulence and instability, which saw council meetings continuously collapse as a result of councillors from the ANC and the EFF not attending or walking out. This means that quorums could not be met in the tightly contested council.

The city was without political leadership for months, with the city’s affairs handled by administrators.

Newly-appointed Tshwane mayor Randall Williams has set up a service delivery war room to help speed up rendering and monitoring municipal services in ...
News
1 year ago

The Gauteng provincial executive is set to meet today to discuss the crisis faced by the City of Tshwane after the Supreme Court of Appeal (SCA) ...
News
1 year ago

In a majority judgment handed down on Monday, the ConCourt established four jurisdictional facts in terms of section 139(1)(c) of the constitution, that had to be established for the dissolution to be lawful.

“The court found that three of the jurisdictional facts had been established, but that the dissolution was not warranted in the circumstances. Thus the dissolution decision was found to be unlawful,” the court said.

In terms of remedy, the ConCourt set aside the high court’s ruling and substituted it with an order compelling the MEC to invoke his legal powers by appointing a person or a committee to investigate the cause of the council deadlock.

The matter dates back to March last year when the council was immediately dissolved and administrators took over functions of the city. Elections of a new council were to be held within 90 days as per the constitution.

The DA, after being served with a dissolution notice, launched an urgent application seeking to review and set aside the decision and compel opposition councillors to attend meetings. This was because it believed the move was politically motivated.

In June the Gauteng high court ruled in the DA's favour. It held that the provincial government had an obligation to apply less intrusive means in resolving the municipal council's dysfunctionality, and that a decision in terms of section 139(1)(c) would only be appropriate if it was likely to ensure the relevant obligation would be fulfilled.

“The court held further that there was no guarantee that the appointment of an administrator, and fresh municipal elections, would resolve the problem. The application was successful and the decision was set aside.”

Aggrieved by the outcome, the ANC and EFF each brought separate applications before the ConCourt directly appealing the order of the high court. They argued that the court failed to apply the rationality test correctly when coming to its decision.

The apex court’s judgment states that the constitutional issue is “clearly at stake” and has granted application for direct leave to appeal.

“Granting leave to appeal directly to this court will ensure the speedy resolution of the matter, and reduce costs, which was one of the purposes for which section 167(6)(b) of the constitution was enacted. Lastly, it would not be in the interests of justice to allow uncertainty over the proper interpretation of the constitutional provisions at issue to persist. Thus, direct leave to appeal is granted,” the majority judgment read.

A minority judgment, however, came to a different conclusion. It identified that the collapse of the council meetings revealed a deep-rooted inability to address political issues within the council, leading to its dysfunctionality.

“The second judgment held that the discretion conferred upon a provincial executive by section 139(1) was wide. The section required that 'any appropriate' steps were to be taken. A dissolution of council would have been an appropriate step if it was likely to fulfil the executive obligation and exceptional circumstances warranted the dissolution. The second judgment therefore disagreed with the finding made by the high court and the majority judgment,” it read.

The high court in Pretoria has set aside the dissolution of the Tshwane council, saying the move was inappropriate, unlawful and drastic.
News
2 years ago

The administrator appointed to turn around the City of Tshwane says his immediate priority is to restore governance in the capital.
News
2 years ago
Next Article