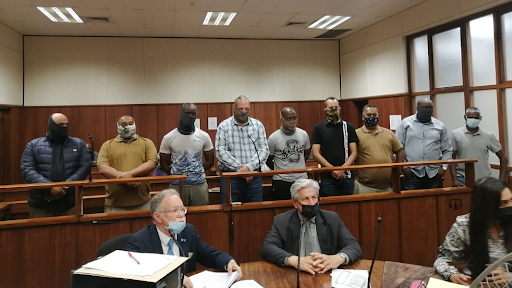 Nine Durban cops were arrested by members of the Independent Police Investigative Directorate (Ipid) on Tuesday.

They have been charged with nine other officers who were arrested last week for an incident in August 2018 where two suspects were taken in for questioning and one of them, Regan Naidoo, 32, died in police custody.

They face charges relating to torture, attempted murder, murder, kidnapping and defeating the administration of justice.

They join the nine other police officers in the matter from the Chatsworth trio crimes unit. The policemen are from various police stations.

This relates to a 2018 incident where Regan Naidoo died in police custody. They join 9 other cops bringing the total to 18 arrests with more to follow.#ChatsworthCops@TimesLIVE pic.twitter.com/MajEw4YmKc

All the accused have been released on R3,000 bail.

The matter was remanded to Oct. 29 for further investigation and for the further accused to be enrolled.

SA's police watchdog is investigating the death of a Honeydew police sergeant and his wife on the streets of Johannesburg.
News
3 weeks ago

Police were involved in a shootout with a gang of men who allegedly bombed three ATMs at a Limpopo shopping complex on Friday.
News
3 weeks ago
Next Article