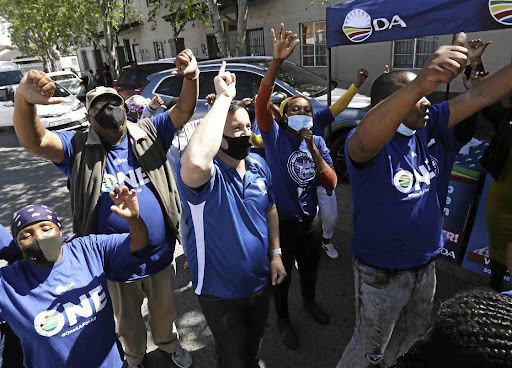 DA members in KwaZulu-Natal were hijacked and had their vehicle stolen and stripped of parts on Monday.

Francois Rodgers, DA KZN leader, said the party was shocked and saddened by the attack and destruction of its DA-branded sound vehicle.

“This incident was extremely traumatic,” he said.

Rodgers said the incident came a week after an attack on another staff member in Durban.

“These criminals then proceeded to loot the vehicle and set it alight. Thankfully they allowed the staff members to flee the scene with no injury or loss of life.

“It cannot be that in a democratic society during elections that any political party becomes the target of attack. KwaZulu-Natal has a poor history of political intolerance and the DA calls on all political role players to ensure that the election on November 1 is free and fair and without any intimidation.” he said.

“For a year-and-a-half we have been in campaign mode. During the pandemic we have been on the phones talking to voters, asking them to register to ...
News
2 months ago

If they can't spend their own money properly, how can they spend yours? Steenhuisen tears into ANC

Steenhuisen tore into the ANC on Wednesday, saying the ruling party could not be trusted with voters' money because it could not even pay its own ...
News
2 months ago
Next Article