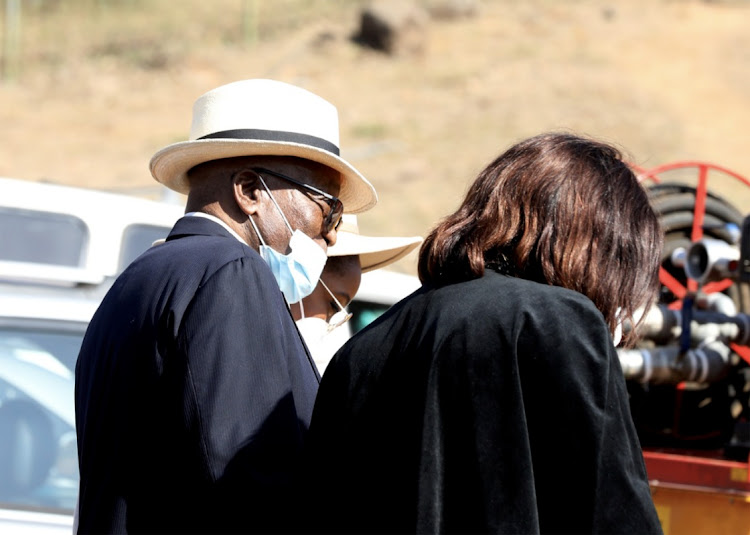 On Thursday‚ Zuma attended the funeral of his younger brother‚ Michael‚ in Nkandla after he was granted compassionate leave.

Michael died on July 11 after a long illness‚ a few days after Zuma started serving his 15-month prison sentence at the Estcourt Correctional Centre.

The department said Zuma qualified for compassionate leave as “a short-term‚ low-risk inmate”.

“The decision to release Zuma is inconsistent with previous determinations by the department‚” he said.

“I have tried to intercede on many occasions to have inmates released to attend funerals‚ and the department invariably refuses‚ stating they have insufficient staff to guarantee the inmate’s security.”

Selfe said the department did not adhere to lockdown level 4 regulations‚ saying the regulations “very stringently circumscribe attendance at funerals”.

“It seems Zuma once more is being granted special treatment. Once more it appears as if there is one law for the rich and connected‚ and another law for the rest of us.”

TimesLIVE recently ran a poll asking the public what they thought about Zuma being granted compassionate leave.

The poll garnered more than 2‚000 votes‚ with 42% of voters in agreement with the department.

Another 42% said there were more important things to worry about‚ and 16% said the leave was an excuse for Zuma to address his supporters.

Former president Jacob Zuma has been given permission to leave prison to attend his brother's funeral in Nkandla.
News
11 months ago

Jacob Zuma arrived in Nkandla on Thursday to attend the funeral of his younger brother Michael.
News
11 months ago
Next Article