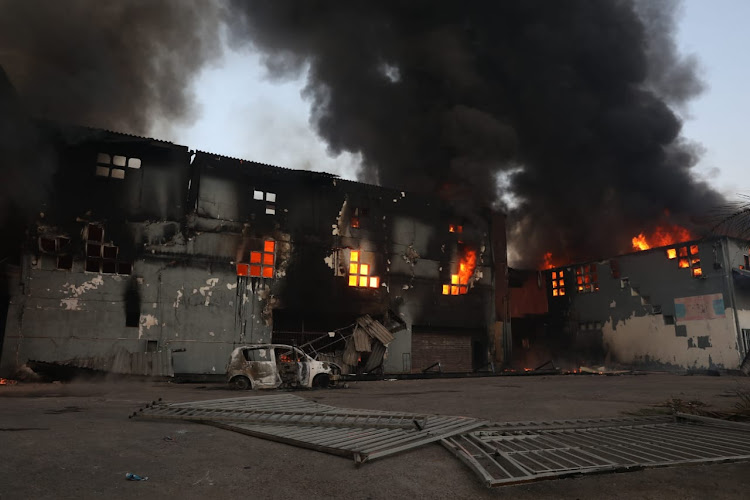 A number of buildings were set alight during unrest two weeks ago in Durban. On Friday three bodies were discovered in a burnt building in central Durban. File photo.
Image: Sandile Ndlovu

The police have opened an inquest docket after the gruesome discovery of three bodies in a Durban men's boutique that was set alight during civil unrest in the province two weeks ago.

Col Brenda Muridili, National Joint Operational and Intelligence Structure spokesperson, told TimesLIVE on Friday that the police responded to a complaint that three bodies had been discovered inside the burnt building.

She said an inquest docket has been opened for investigation at Durban Central.

The building was one of several that were looted and vandalised in the central business district.

'It was carefully planned and orchestrated': experts on violent unrest

It started with attacks on strategically located cellphone towers last week Saturday, before those behind the seven days of deadly violence mobilised ...
News
1 month ago

Pietermaritzburg was a dump long before the riots

The effects of the past week’s unrest and destruction of property will have dire consequences for the KwaZulu-Natal capital, where residents have ...
News
2 months ago
Next Article