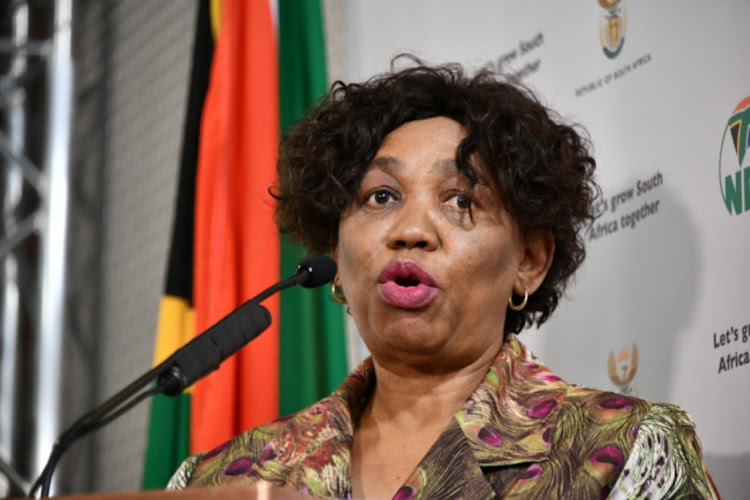 The minister was giving a briefing on Saturday about schools' preparedness to welcome pupils back amid the third wave of Covid-19.

The minister said up to 60% of the school year had been lost in 2020 and disruptions to the school calendar this year had already pushed the academic year back.

Motshekga said she was especially concerned about primary school pupils. “If I'd had my way I would have brought them back in the second term,” she said.

“But the provinces said they needed more time to cope with [incorporating Covid-19] protocols for primary schools.”

She said the department would reissue the school calendar with adjusted dates once it had worked out how to recover five missing days.

“It's been a very disruptive school year. Last year we lost 60% of our school time and the results have been depressing and [the youth] are facing a catastrophic future,” said Motshekga.

“We've lost two years of learning ... It's dangerous to the future of our country and our children ... The damage happens in primary school and if we can't [prevent] that then we are in big trouble.”

Motshekga said though rotational learning was not ideal it was still necessary to prevent schools from becoming superspreaders of the virus.

The minister opened the briefing by saying schools were ready to reopen once they get the go-ahead from President Cyril Ramaphosa, who is expected to update the nation about the state of disaster on Sunday.

“Depending on confirmation by the president tomorrow after cabinet, as a sector there is agreement across the board that we are ready for the reopening of schools on Monday.”

Four weeks ago, Ramaphosa announced the imposition of alert level 4, in which all gatherings except funerals were prohibited, a 9pm-4am curfew was imposed and alcohol sales were banned.

In today's edition we are reporting on Limpopo pupils who are unlikely to receive meals when schools reopen next week.
Opinion
1 year ago

But for many of the schoolgirls at the Herschel private school in Cape Town, a class was the first time they would learn of the event that changed ...
News
1 year ago

Since he assumed power, President Cyril Ramaphosa is yet to reshuffle his cabinet. Even when the opportunity presents itself for him to reshuffle, he ...
Opinion
1 year ago
Next Article