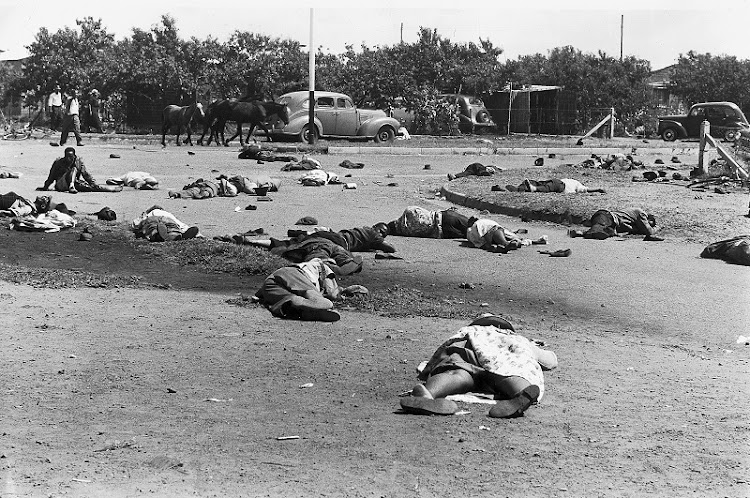 Black-and-white pictures were projected onto the wall of a South African classroom and gospel music played evocatively in the background.

It was the Sharpeville Massacre, the day the world became shockingly aware of the cost of the black struggle in apartheid South Africa.

But for many of the schoolgirls at the Herschel private school in Cape Town, a class was the first time they would learn of the event that changed the course of the fight against apartheid.

That morning their history teacher Leah Nasson invited the 20 students, all white with one exception, to immerse themselves in their country's turbulent past.

A quarter of a century after the advent of democracy in South Africa, teaching apartheid remains a difficult ride.

For educators, there is the challenge of finding balance and emotion to convey this terrible chapter of the country's history.

Israel's barbarity in Palestine similar to the Sharpeville Massacre

Once again, we are witnessing the barbarity of the Israeli military as it kills and injures civilians.
Opinion
4 years ago

For students, the story of apartheid touches on collective memories - of suffering, fear and identity - that so easily flare into pain, guilt or anger.

Nasson emphasises "emotion and empathy in history" which "makes the understanding of the content much easier".

For 10 minutes, images of the police massacre of 69 black township residents shocked the young students.

"I felt a little bit horrified that something like that could happen," said Louisa Siebel, 16.

Dressed in her smart blue uniform, she did not hide her sense of shame.

"I didn't do anything directly but as a country, as a people, something went wrong and it makes me feel guilty as well," she said.

Siebel's classmate Carly Carter, 15, is of mixed race, commonly referred to as coloured.

"I know that people of the generation before me, people of my colour and my race, have gone through that - that really breaks my heart," said Carter.

"Everything that happened in the past, we must worry on now and that there are a lot of things we don't talk about now because we think it's too heavy."

A sea of corrugated metal roofs, piles of rubbish, broken tarmac laid bare how South Africa remains one of the most unequal places on Earth despite the dawn of democracy.

"It's important they know about their past because it conscientises them to the present," said Nasson.

"That allows them to understand why we are here, why this unequal balance, to counter racist attitudes."

History lessons are not compulsory for the last three years of secondary school in South Africa.

The government wants to make it compulsory and overhaul the curriculum, said Education Minister Angie Motshekga, to stop it "perpetuating a colonial or western perspective".

But the planned reforms have proven politically controversial in a climate in which all debate about apartheid and its legacy is potentially combustible.

"There are teachers who are inadvertently bringing their own history, and others who use (apartheid) deliberately to lead kids to the conclusion that they either should be angry or guilty," said Dylan Wray, founder of Shikaya, a non-profit organisation that supports teachers.

Since 2003 his organisation has trained 5,000 teachers on the topic -- but that has not entirely removed the risk of controversy, something Nasson knows well, having faced a backlash from parents at her previous school.

"There were quite a lot of racist attitudes that were popping out in my class so one day I decided to do a lesson on prejudice," she said.

"There was a lot of complaints after that, I was accused of doing politics in a history class... there is still resistance."

Far from the plush Cape Town suburbs, her counterpart Milton Changwa has a similarly daunting task.

He teaches history in a township in Worcester, some 100 kilometres (62 miles) from Cape Town.

His students do not have the tablet computers commonly found at many private schools and the redbrick Vusisizwe Secondary School bears a striking resemblance to a military barracks.

Changwa asked his 29 students to describe the difference between black and white people.

Their responses laid bare the legacy and impact of the apartheid regime.

Pupils described black people as "inferior", "violent", "incapable", "poor" and defined by their "culture" and "physiques".

"There is still a legacy here with us, we are here still living in a shantytown and... they keep asking: 'why are we living here?'" he said.

"They must know the reality so it can't be repeated in the future."

Over the next hour the teacher sets out what daily life under apartheid was like: separate residential areas, substandard education, a vast gulf in job opportunities - and constant fear of the police.

The class' reactions were raw and unfiltered.

"I hate white persons (who) treat us like nothing," said one student, another felt "vengeful".

The old South African flag was a vivid symbol of white supremacy and black disenfranchisement and it also gave expression only to European heritage ...
News
3 years ago

Once their emotions subsided, they compared their situation to that of their parents and grandparents with insight and maturity.

"Whites are still superior to blacks but it's just smoother now. Racism is still here but it's much smoother," said Xabiso Dyantyi, 17.

"We (blacks) are finding our place rather than being oppressed in very restricted areas," reflected Palesa Porcia Phillip.

Twenty-five years after the fall of apartheid, South Africa is still far from achieving Nelson Mandela's dream of a rainbow nation.

But the younger generation still believe in its goals, much to the delight of their teachers.

"There's definitely a chance of reconciliation," said Jenna Betty, a 15-year-old white student. "South Africa is a country of so much potential."

"We do have education, then a bright future," said 16-year-old black pupil Claudia Phumza Lindi.

"I want to be a lawyer so I can stand up for other people and just fix the country."