The government has been rebuked for poor intelligence which failed to foresee the chaos. 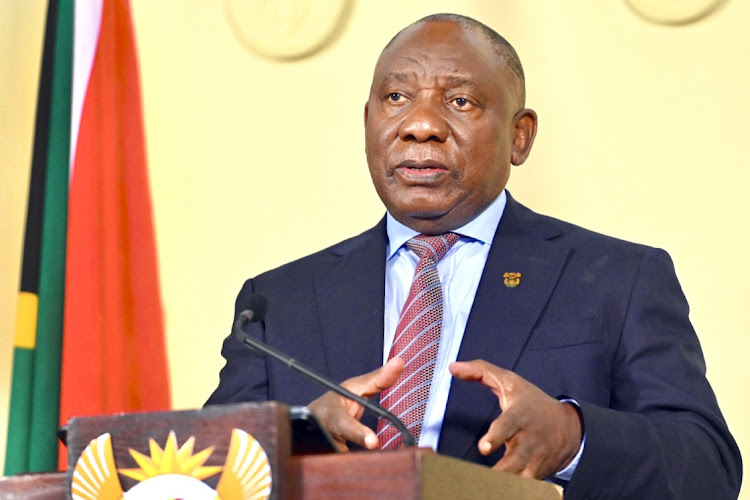 President Cyril Ramaphosa was locked in virtual meetings with opposition parties who criticised the incompetence of the government in detecting the riots before they got out of hand.
Image: GCIS

President Cyril Ramaphosa moved to reassure political parties that his administration was on top of efforts to tackle ongoing violent riots and looting that has engulfed KwaZulu-Natal and Gauteng.

The government has been rebuked for poor intelligence which failed to foresee the chaos.

On Wednesday, several cabinet ministers visited various parts of Gauteng, including shopping malls in Tshwane, Johannesburg and Ekurhuleni as protests that began against former president Jacob Zuma’s imprisonment morphed into brazen criminality of plunder and arson.

Ramaphosa was locked in virtual meetings with opposition parties which criticised the incompetence of the government in detecting the riots before they got out of hand.

ADCP leader Kenneth Meshoe said the State Security Agency (SSA) and its intelligence competencies had to be relooked at if there was no internal sabotage in helping detect the mayhem, which is set to deal a huge blow to the economies of the two provinces.

“I even criticised him at the meeting for this failure. One can excuse them for what happened in KZN by saying they did not anticipate that people would go to that extreme. In Gauteng they had no excuse because they saw what looters could do in KZN and there had been video clips and social media posts saying the rampage was moving to Gauteng next,” Meshoe said.

State security minister Ayanda Dlodlo told the nation this week that it had given substantial intelligence information to the SA Police Service (SAPS) and police minister Bheki Cele and that the riots would have been worse if all of it had not been acted upon.

A critical medicines shortage in KwaZulu-Natal is inevitable, given that scores of pharmacies have been totally looted and a pharmaceutical ...
News
2 months ago

DA leader John Steenhuisen said the SSA had to beef up its intelligence through “monitoring of WhatsApp groups, social media accounts to be able to ascertain who is leading the looting and what their plans are” as the government tries to put an end to the chaos.

Presidential spokesperson Tyrone Seale said the government acknowledged calls by political parties for major transport routes to be secured to allow fuel, food and medical supplies to reach communities and for the strict enforcement of the 9pm-4am to limit movements.

He said Ramaphosa had welcomed the initiative by the leadership of the parties to visit affected communities as part of contributing to lasting stability.

“Party leaders submitted that while political differences existed, the situation in the country demanded that South Africans come together to save lives and protect democracy,” he said.

Speaking at Vosloorus, on the East Rand, mineral resources minister and ANC national chairperson Gwede Mantashe said poor communities had been co-opted into disadvantaging themselves as they would be worse off after the chaos.

“What you do here is you use the working class and the poor to destroy their own infrastructure and they will only realise that much later,” Mantashe said.

The EFF and the UDM said the government and the ANC had failed to be proactive in dealing with the riots.

Mantashe said it was up to the government to deal with the problem as it had the "forces and resources".

"The ANC may have the political will but that will is not going to work if not backed by the forces," he said.

Residents guard their malls amid threats of looting

Unemployed young men, local police officers and self-employed mechanics have banded together in Pretoria to stand guard about their shopping malls ...
News
2 months ago

Hundreds of people armed with shovels, plastics and brooms flocked to different malls that were looted when riots over the jailing of former ...
News
2 months ago
Next Article