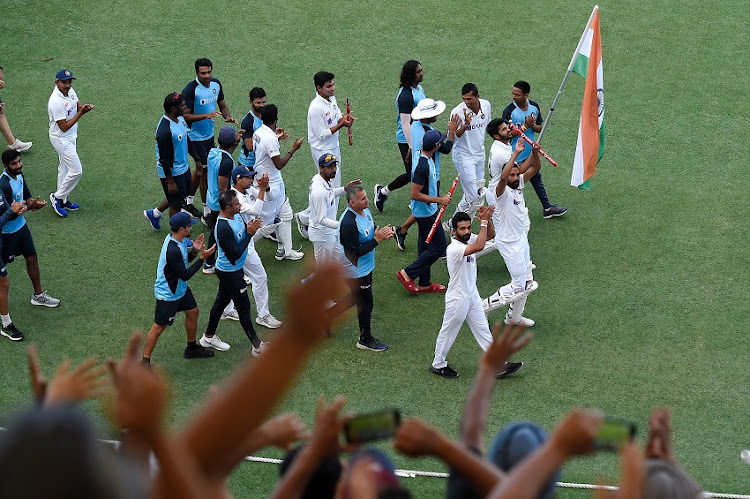 India are in England for a test series.
Image: Matt Roberts/Getty Images

An India player has tested positive for Covid-19 in England ahead of a five-test series between the teams beginning next month, an Indian cricket board official said on Thursday.

The player has been placed on quarantine while the rest of the squad would assemble in Durham ahead of their warm-up match next week, the official, who declined to be identified, told Reuters.

He declined to identify the player.

The series begins in Nottingham from August 4.

England had their own Covid-19 crisis recently and were forced to field an entirely new one-day side against Pakistan after three players and four support staff tested positive.

The Indian players have been in England since losing the World Test Championship (WTC) final against New Zealand in Southampton last month.

Virat Kohli and his men will play a three-day game, to be played behind closed doors, against a County Select XI from Tuesday.

Off-spinner Ravichandran Ashwin managed to get some match practice playing for Surrey, claiming six second-innings wickets in their drawn County Championship match against Somerset on Wednesday.