Looting and riot death toll rises to at least 117 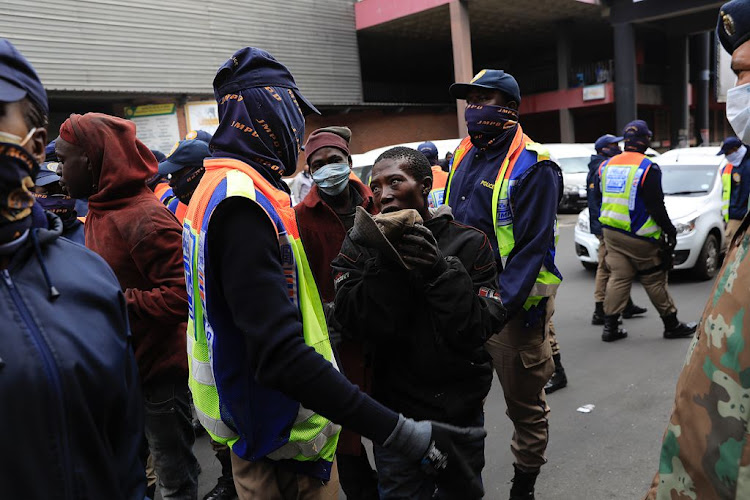 A person is questioned and released as police and soldiers move through Alexandra in Johannesburg.
Image: Alon Skuy

At least 117 people have died in riots and looting in Gauteng and KwaZulu-Natal, acting minister in the presidency Khumbudzo Ntshavheni said on Thursday afternoon.

These deaths were regrettable, she said at a briefing on government's response to days of civil unrest in the two provinces.

Of the confirmed deaths, 91 were reported in KwaZulu-Natal where the situation remained volatile and 56 in Gauteng, which was calmer on Thursday.

“The situation in KwaZulu-Natal remains volatile but much improved and is moving towards stability. Overnight to [this afternoon], 39 incidents have been reported and in addition, 392 arrests were made which makes the cumulative number of arrests 1,478.

“We are pleased with the reports that Gauteng is largely calm and that there have been fewer incidents overnight and thus far only six have been reported. This has been largely due to increased deployment of SANDF members, SAPS and metro police,” she said.

Between Wednesday and Thursday 139 more people were arrested, bringing the cumulative arrests in Gauteng to 725.

Ntshavheni said the government had been alerted to six dead bodies at Thembisa Mall.

“To date, the SAPS have received reports of 26 deaths cumulatively in Gauteng related to the violence. However, six bodies were discovered on the roof of Thembisa South Mall. An inquest has been opened. We need to clarify that these deaths are not related to the incidents of violence.”

The acting minister moved to assure the country that despite the damage to critical infrastructure and closure of some main roads, there would not be food shortages.

“We will have enough food until the N2 and N3 are reopened,” she maintained.

Ntshavheni cautioned  community members against taking the law into their own hands by shooting those damaging property.

On calls for a 24-hour curfew until the unrest had been quelled, Ntshavheni said this was unwarranted at the moment and appealed for trust in law-enforcement officials.

“There has been a de-escalation. Please be patient and allow the military to stabilise the situation.”

Acting minister in the presidency Khumbudzo Ntshavheni said 208 incidents had been reported overnight: 52 in Gauteng and 156 in KwaZulu-Natal.
News
1 year ago