Looting can never be justified 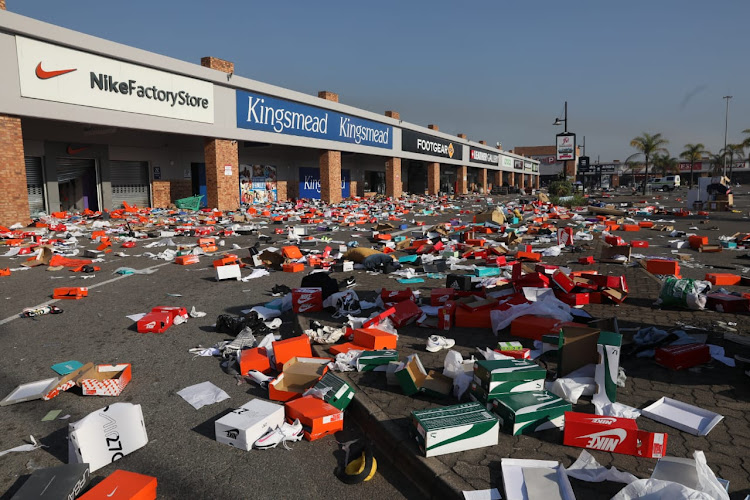 It is another day ekasi. So quiet and extremely impoverished. The wings of development have been clipped. What were once shops have now become slums. Ransacked to the core by the people whose convenience they brought. It is a sad day to gaze at shopping malls and they appear as graveyards. Bread shelves are just a shadow of their former selves.

The brainless crowd pushed back the frontiers of development. They picked anything and everything they came across, including stuff they have no use for. Today, the dwellers of townships and villages will feel the wrath of their own unjustified anger.

Criminality won, but prosperity has been chained. Their small fridges can't house the amount of meat they stole. Soon, everything will be stale and be thrown away. The celebration will last for just a few days. Their family members are now without jobs. Just yesterday they were employed but such was snatched away from them by their people.

It is a sad day as all we can do is look at what used to be ours. Now we will have to catch two taxis to look for bread. Where is the money to achieve that? The excitement will soon be over. No thief can steal enough to last a lifetime.

Law enforcers may knock on many doors and demand accountability for goods found. Prisons may be just a stone-throw away. We brought these unto ourselves. We made the bed, now it's time to lie on it. What was built in many years, was brought down in a few minutes of madness.

Yes, we were happy when doing it. If felt like a bargain. It felt like manna from Heaven. But the after effects will be too heavy for us to stomach. The bitter taste in our mouths will ruin what was supposed to be our special days. Do it all, but you can't justify looting. Your children were watching, and one day they will emulate your example.

The NPA has been instructed to oppose bail for anyone arrested for being part of looting and rioting in KwaZulu-Natal and Gauteng.
News
2 weeks ago

Thousands of businesses in Gauteng and KwaZulu-Natal which have been hit by sporadic looting sprees remained shut on Tuesday as the dire affect of ...
News
2 weeks ago

Some people even resorted to panic buying as mall managements across the provinces announced that their doors would be shut as a precautionary ...
News
2 weeks ago
Next Article