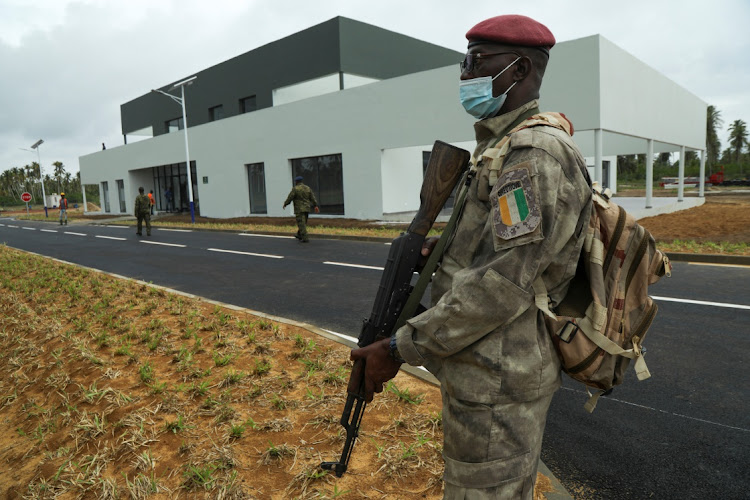 An Ivorian soldier stands guard during the inauguration of a new international academy that will train civilian security experts and military officers in the fight against terrorism, in Jacqueville, Ivory Coast June 10, 2021. Macron said he was also seeking commitments from other African countries.
Image: REUTERS/Luc Gnago

French President Emmanuel Macron said on Monday he has invited The United States and SA to provide military forces for a West African counter-terrorism effort.

Speaking at a news conference after a NATO summit in Brussels, Macron was responding to a question on whether he has received commitments for new special forces to join French troops in the Sahel.

Macron said he was also seeking commitments from other African countries.

The World Bank said on Friday it had temporarily paused payments to operations in Mali following a military coup.
News
1 year ago

Malian and French forces killed around 100 jihadists and took another 20 captive in a joint operation this January in central Mali, the West African ...
News
1 year ago
Next Article