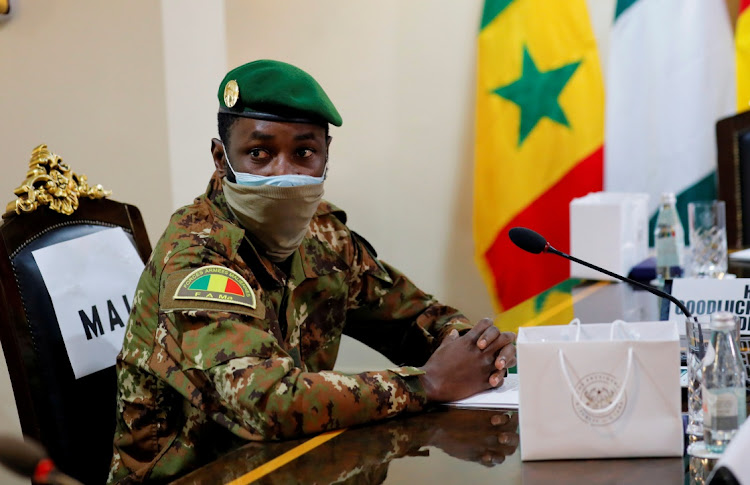 The World Bank said on Friday it had temporarily paused payments to operations in Mali following a military coup, while the man expected to become the new prime minister warned sanctions would only complicate the country's crisis.

The Bank's actions add to pressure on Mali's military leadership after chief security ally France announced on Thursday it was suspending joint operations with Malian troops in order to press for a return to civilian rule.

The World Bank, whose International Development Association (IDA) is currently financing projects to the tune of $1.5 billion in Mali, confirmed the suspension of payments in a statement to Reuters.

"In accordance with the World Bank policy applicable to similar situations, it has temporarily paused disbursements on its operations in Mali, as it closely monitors and assesses the situation," it said.

The African Union has suspended Mali's membership in response to last week's military coup and threatened sanctions if a civilian-led government is ...
News
7 months ago

Assimi Goita, the colonel who led both coups, was declared president last Friday after having served as vice president under Bah Ndaw, who had been leading the transition since September. Ndaw and his prime minister resigned while in military custody last week.

Goita is widely expected in the coming days to name as prime minister Choguel Maiga, the leader of the M5-RFP opposition coalition that spearheaded protests against former President Ibrahim Boubacar Keita before his overthrow last August.

At a rally in the capital Bamako on Friday to mark the one-year anniversary of the start of the protests against Keita, Maiga was alternately firm and conciliatory toward foreign partners.

"We will respect international engagements that aren't contrary to the fundamental interests of the Malian people," he said before thousands of supporters in the city's Independence Square.

"Sanctions and threats will only complicate the situation," he said.

France, the former colonial power, has more than 5,000 troops waging counter-insurgency operations against Islamist militants in Mali and the wider Sahel, an arid region of West Africa just below the Sahara desert.

It hopes to use its leverage to press Goita to respect the 18-month timetable agreed to at the start of the transition by organising a presidential election next February.

The African Union and a West African regional bloc responded to the coup by suspending Mali's membership but did not impose further sanctions.

Mali's constitutional court on Friday declared Assimi Goita, the colonel who led a military coup this week while serving as vice president, to be the ...
News
8 months ago

Mali's ousted interim president and prime minister have been freed after they were detained by the military and later resigned, an aide to the ...
News
8 months ago

Mali's interim president and prime minister resigned on Wednesday, two days after they were arrested by the military, an aide to the vice president ...
News
8 months ago
Next Article