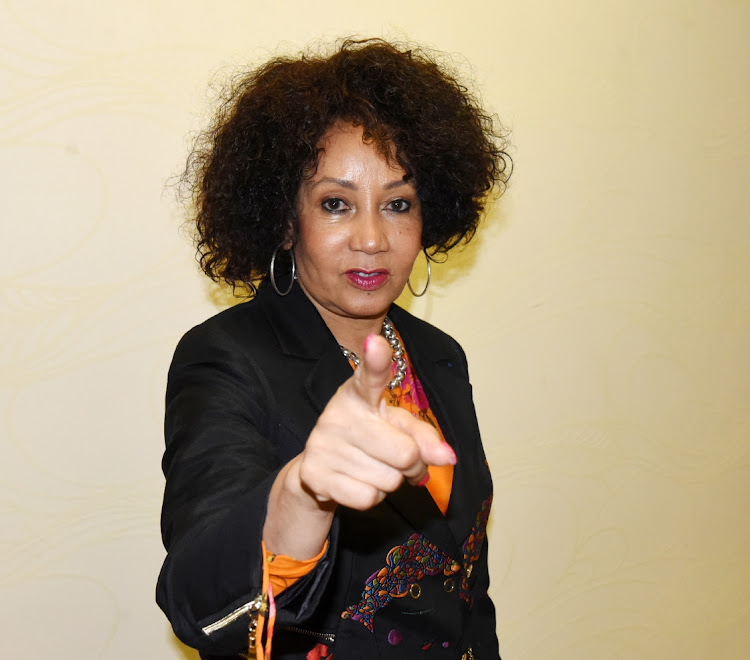 According to the court papers that Sowetan has seen, Sisulu is suing Phineas Legodi, controversial former CEO of Lepelle Northern Water Board (LNB) in Limpopo for R1m, while Vuyo Zitumane, former CEO of Amatola Water Board (AWB) in the Eastern Cape, is being sued for R1.1m.

They were both served with combined summonses earlier this month.

Sisulu told Sowetan yesterday the R2.1m was too little for the damage that her name suffered because of Zitumane and Legodi.

“What you have is a draft and not the final amount that I intended suing for. I will not give you the new figure. My name and the integrity of the institution I serve was being dragged through the mud and I had to respond,” said Sisulu.

Sisulu is suing Legodi for accusing her of over-reaching and acting unlawfully and corruptly when in 2019 she hired another company, Empowering Water Solutions (EWS), as the sole service provider to run a trial plant of the sand water extraction system technology.

She was made aware of possible corruption at LNB. She then procured the services of a forensic company, Outsourced Risk and Compliance Assessment, to look into LNB’s books and to conduct a lifestyle audit of the board and other senior managers. .

The AWB also faced a similar fate and probes into questionable tenders which saw the board being dissolved in May last year while Zitumane was put on suspension before she eventually resigned.

Supply chain manager Clayton Bhana was fired for gross misconduct but has vowed to challenge the decision, saying it was 'absolute rubbish'.
News
1 year ago

Lepelle was being investigated for irregular expenditure and governance issues. The water board was also at the centre of the R3bn failed water project aimed at 55 villages in the Mopani district in Giyani.

Legodi was suspended in July last year and resigned the following month and his board was also dissolved.

Both Zitumane and Legodi challenged their suspensions through the courts and in their affidavits and media interviews they mentioned that the sand water project was the main cause of their clash with Sisulu.

They said the minister was politically too close to the owners of EWS and that she had abused her powers.

According to Sisulu’s papers, both CEOs had used the media and courts to tarnish her name and that of her department.

“The publication by the defendant of the first statements is wrongful and per se defamatory of the plaintiff [Sisulu] and was made with the intention to defame and injure her reputation,” read the papers.

In her summons, Sisulu also demanded that both Legodi and Zitumane retract their statements through paid advertisements that would be published in the same platforms that carried their stories about Sisulu’s alleged unsavoury conduct.

Legodi told Sowetan yesterday that he would file a notice of intention to oppose the matter in court in the next few days before filing a detailed plea statement of how he will defend himself.

“I will give a full comment once I’ve decided what action I will take,” said Legodi.

Zitumane said she had not received the summons but was willing to put up a fight to defend herself.

“She [Sisulu] is acting up. She promised to sue me in August and I have been waiting for her summons. Let her sue and I will defend myself in court,” said Zitumane.

Amatola Water finally has new board after infighting

After months of instability, Amatola Water finally has a new board. The Eastern Cape Development Corporation has also appointed its new board.
News
1 year ago

A former CEO of Lepelle Northern Water has been barred from selling any of his four immovable properties pending finalisation of civil recovery ...
News
1 year ago

Efforts by an East London-based legal firm to stop the disciplinary hearing of suspended Amatola Water chief executive Vuyo Zitumane failed in the ...
News
1 year ago
Next Article