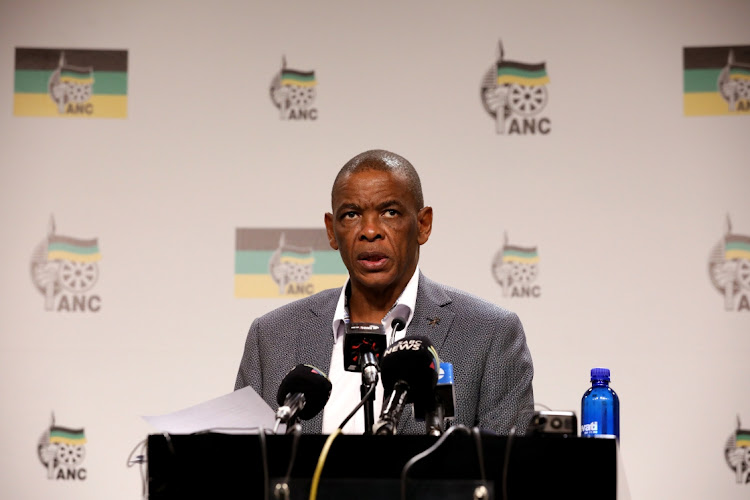 The ANC’s top brass has resolved to leave former president Jacob Zuma to his own devices after he defended his continued defiance of the Zondo commission’s summonses and refusal to appear before the inquiry.

This is according to ANC secretary-general Ace Magashule who briefed the media on the outcomes of the marathon meeting between the national officials of the governing party with Zuma, which he said was held between 10:30am and 05:30pm on Monday.

This comes as Zuma missed the deadline to file answering papers in the Zondo commission’s contempt of court application at the Constitutional Court, where the inquiry is calling for him to be handed a two-year jail term if he is found guilty.

Magashule said the meeting with Zuma was a follow-up on the resolution by the ANC’s national executive committee which called on the top six to engage with Zuma over his issues with the Zondo commission.

The ANC’s officials have, however, could not convince the former head of state as he pointed out his constitutional rights and gave them an “extensive presentation” on why he had snubbed the commission, Magashule said.

“Comrade Zuma told the top six that he believes that he has been subjected to unfair persecution and prosecution over two decades and he emphasised that as a law-abiding citizen, he respects the constitution and that he too is entitled to the basic rights as enshrined in the constitution under the Bill of Rights,”  he said.

Magashule said the party’s official had resolved to let Zuma consult his lawyers on what he wanted to do in relation to his current legal problems.

“The top six heard his explanation and agreed to give him space to continue consulting with his lawyers on these issues that he has actually raised, whether to appear before the state capture commission. We have left that matter, because he will further consult with his lawyers,” he said.

Magashule said there was agreement that while upholding the constitution was important, individual rights were also important, which Zuma said he was claiming.

He highlighted that Zuma had indicated that his problem was not the commission itself but his belief that its chairperson, Deputy Chief Justice Raymond Zondo, was biased against him.

Zuma is currently taking his failed recusal application on review before the Gauteng High Court, but has been accused of using the legal process to delay his testimony where he is facing tough questions relating to allegations of wrongdoing, including corruption, relating to his presidency, with no less than 40 witnesses having implicated him before the commission.

The ANC secretary general Ace Magashule is expected to brief the media on Thursday evening following a meeting between the party's top six officials ...
News
1 year ago

Ricardo Mettler, the former bodyguard of the then premier of the Free State Ace Magashule who stole a Pierneef painting worth R8m in 2018, will know ...
News
1 year ago
Next Article