The suspects, aged 28 and 29, were apprehended by guards on Thursday 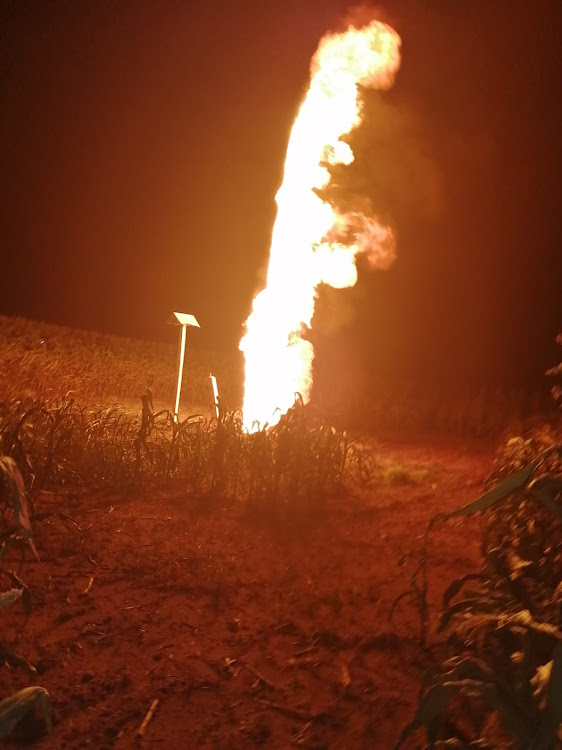 Fire broke out at a Transnet pipeline in Mpumalanga after two suspects allegedly tried to steal fuel.
Image: Supplied

Two men who attempted to steal fuel from a Transnet pipeline in Mpumalanga got badly burnt — and arrested.

The suspects, aged 28 and 29, were apprehended by security guards on Thursday in Kendal, near Phola. Hawks spokesperson Capt Dineo Sekgotodi said the men were arrested after the Transnet control room detected a fuel pressure drop on the pipeline.

“Authorities responded to the identified spot and apprehended one suspect who attempted to run away. He had fresh burn marks all over his body. There was a big fire in the maize field nearby and upon inspection they realised that the flames were from the burning Transnet pipeline,” said Sekgotodi.

Sekgotodi said the Hawks’ serious organised crime investigation team and the local police were then called to the scene.

“Following an intensive search a second suspect, who was also badly burnt, was apprehended after he was found hiding under a bridge,” said Sekgotodi. 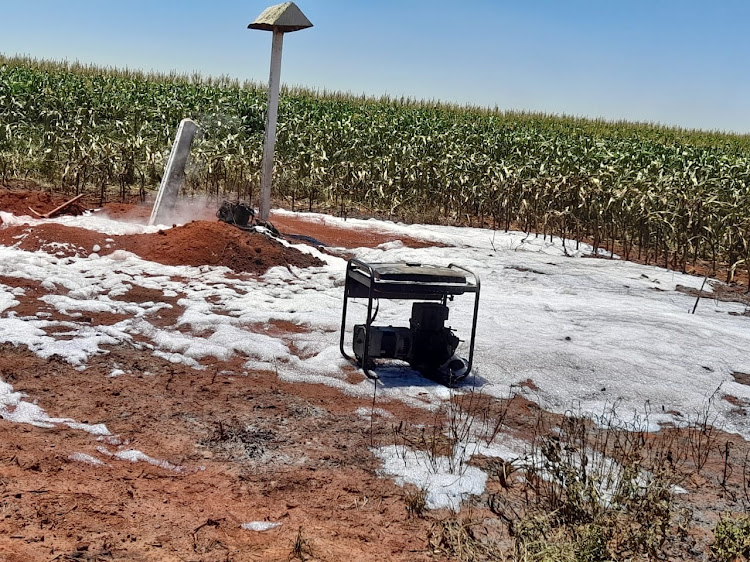 A Mazda bakkie, a generator and pieces of charred clothes were confiscated from the scene where suspects allegedly tried to steal fuel from a Transnet pipeline.
Image: Supplied

“Emergency services were summoned and the two suspects were transported to the hospital under police guard. All the exhibits, which included a white Mazda bakkie, generator and pieces of charred clothes, were confiscated for further investigation.”

The suspects will appear in the Phola magistrate’s court on Monday on a slew of charges including malicious damage to property, tampering with essential infrastructure and theft of fuel.

A 27-year-old man will spend the next 10 years behind bars for stealing R300,000 worth of fuel from a Transnet pipeline.
News
1 year ago

A 37-year-old man caught allegedly siphoning diesel from a Transnet fuel pipeline is set to appear in court in Mpumalanga on Monday.
News
1 year ago

In a bid to secretly steal diesel from Transnet, a 28-year-old man erected a shack on the route that the company’s pipeline passed through
News
2 years ago
Next Article