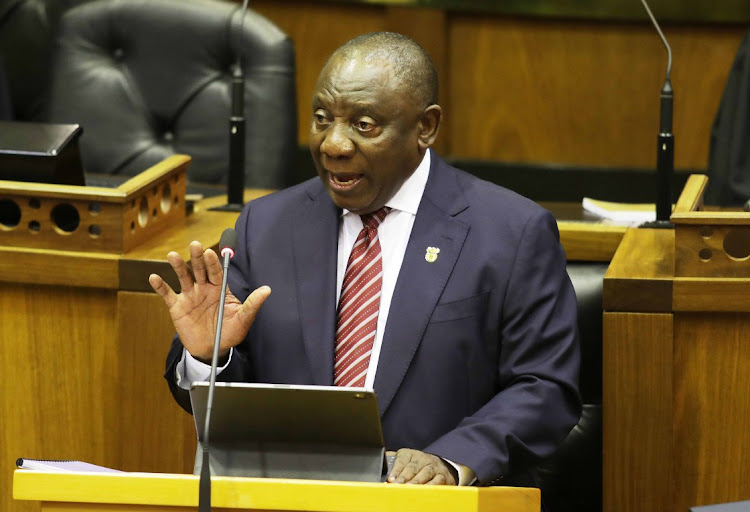 The debate on the African Transformation Movement's motion of no confidence in President Cyril Ramaphosa will no longer take place on Thursday and is only likely to take place next year.

This comes after the ATM approached the Western Cape High Court on Thursday morning, seeking an urgent judicial review of National Assembly speaker Thandi Modise's decision to refuse to grant a secret ballot.

Modise on Tuesday rejected an ATM proposal that the first no-confidence motion to be tabled against Ramaphosa be done by secret ballot, saying the party had failed to advance sufficient reasons for her to grant it.

Modise argued that the ATM had failed to demonstrate that the current political environment was toxic enough to allow a secret ballot to shield MPs from reprisals.

She also argued that the secret ballot would prove impossible to administer because sessions of the house were being conducted in a hybrid system, with few MPs in the horseshoe chamber in Cape Town while most worked from home.

But ATM president Vuyolwethu Zungula, who sponsored the motion, said in his affidavit that the MPs' faithfulness to the constitution would be tested through their conscience rather than instructions from party bosses.

Parliament's spokesperson, Moloto Mothapo, said on Thursday that after discussions in the high court chambers, Zungula's lawyers and parliament's legal team agreed for the matter to be postponed until February 4.

This means the debate on the motion has been put on hold until the legal issues are resolved.

The motion, tabled in terms of section 102 of the constitution by the party which has only two MPs, was unlikely to succeed in ousting Ramaphosa.

It would have required a majority of 200 plus one from the 400 MPs.

Ahead of the now postponed debate, the ANC parliamentary caucus had vowed to close ranks around Ramaphosa.

The second biggest party in parliament, the DA, planned to abstain from the vote, describing the motion as “frivolous and a waste of parliament's programme”.

Other parties such as the UDM had also indicated that they would snub the vote.

President Cyril Ramaphosa has slammed the poor state of local government in SA, saying some municipalities are facing a crisis of credibility with ...
News
1 year ago

National Assembly speaker Thandi Modise has refused to allow a secret ballot ahead of Thursday's debate and vote on a motion of no confidence in ...
News
1 year ago
Next Article