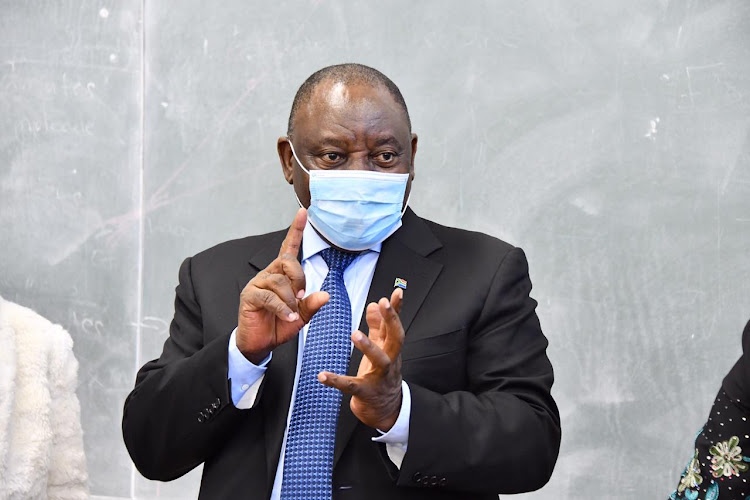 President Cyril Ramaphosa said SA's path to economic recovery will be long and difficult and must start now.
Image: GCIS

The South African government's plans to curb rising public debt are too ambitious, a team of local and international economic advisors to President Cyril Ramaphosa says, recommending a "more gradual and credible" approach.

Debt-service costs in Africa's most industrialised economy risk hampering efforts to fight the Covid-19 crisis and crowding out spending on priorities like healthcare, education and policies aimed at lifting millions out of poverty.

They are close to 12% of total government spending and the fourth-largest spending item, similar in size to what is spent on health services, according to the budget presented in June to combat the coronavirus.

The recommendation by Ramaphosa's Economic Advisory Council, one of many contained in a report seen by Reuters, will fuel debate about the country's fiscal strategy ahead of Finance Minister Tito Mboweni's mid-term budget due later this month.

"The pace of debt reduction is unrealistic," the council said, commenting on the National Treasury's target, set in June, for government debt to peak at roughly 87% of GDP in the 2023/24 fiscal year.

"A more gradual but credible debt reduction target ... around 100% of GDP is recommended."

LISTEN | All you need to know about Ramaphosa's Economic Recovery Plan​

President Cyril Ramaphosa says the violent protest that took place after the court appearance of the two men linked to Brendin Horner's murder in ...
News
1 year ago

The SARB and Ramaphosa's spokesman did not immediately respond to Reuters requests for comment. The National Treasury said it would respond later.

The economy was in recession before the Covid-19 pandemic struck, and one of the world's strictest lockdowns and a drop in global demand for its exports have worsened its woes. Forecasts are now for a GDP contraction of at least 7% this year.

Ramaphosa, who appointed the advisors last year to improve economic policymaking, is due to present a Covid-19 recovery plan in parliament on Thursday.

Their other recommendations included that the South African Reserve Bank (SARB) should maintain measures to support bank lending into 2021, and that there was room to increase a government relief package from the current 11% to 15% of GDP.

The advisors also said the government should try to boost uptake of a loan guarantee scheme backed by the SARB and the National Treasury, and set up a rescue fund for illiquid companies.

Ramaphosa became president in 2018 and has been trying to revive investor confidence, but he has faced entrenched opposition within the governing African National Congress.