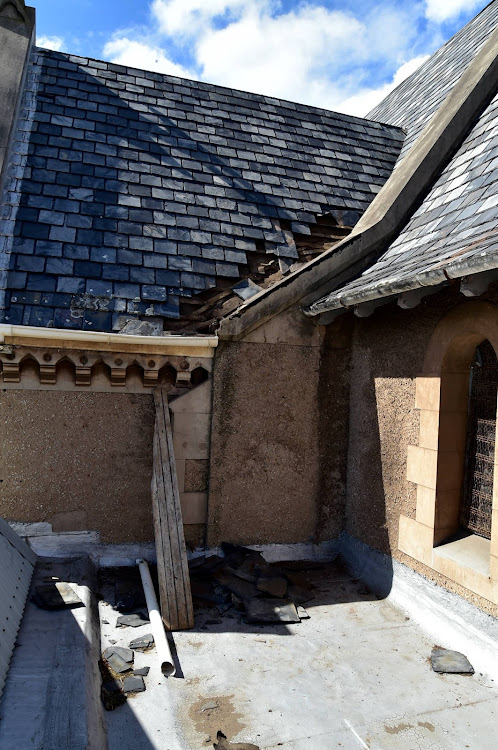 St Cuthbert’s Church, in Westbourne Road, Central, was vandalised during a break-in on Monday night, in which thieves targeted metal objects, such as aluminium pipes, iron gutters and copper. Tiles were removed from the roof, above, as the burglars tried to gain entry
Image: EUGENE COETZEE

This was the sight that greeted St Cuthbert’s Church caretaker Willie Gere and cleaning staff when they arrived yesterday morning for the church’s weekly cleanup.

The 118-year-old church in Central, Port Elizabeth, had been vandalised by thieves,  apparently overnight, with damage caused to the historic Victorian building amounting to about R200,000 — far exceeding the church’s maintenance budget.

When Gere tried to wash his hands on arrival at the church, there was no water and his first instinct was to check the water meter and pipes.

“I always wash my hands first and when there wasn’t any water I checked the pipes by the gate and found that they had been ripped out,” Gere said.

Gere and the staff then inspected the property and found that the church building had been extensively damaged.

He said there was no damage when he was at the church on Monday. 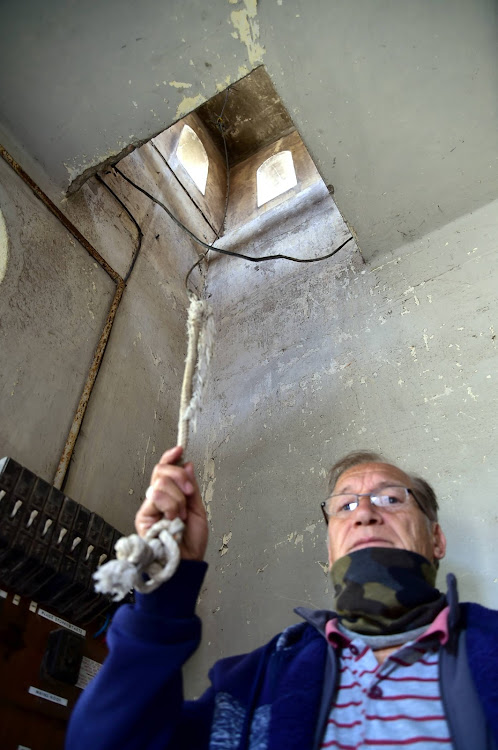 The vandals also ripped out electric cables to disable lights outside the church and dislodged copper from the roof, seemingly in an attempt to gain entry to the building.

Some of the vandalised and stolen material from the building cannot be restored, Gere said.

“This is a major financial blow for the church, way more than we have in our maintenance budget.

“We’ll have to take a loan to build fences around here.

“I can’t believe people can do this to the house of the Lord,” he said.

Some of aluminium pipes that had been stolen were found hidden in a bushy area behind the church.

This was not the first time the church property had been vandalised, Gere said.

About three weeks ago, vandals removed the huge church bell which hung from the front of the building near the gate and broke some of the church’s stained glass windows before being scared off by the security alarm.

The bell was also found hidden behind the church.

“It seems that [the thieves] are targeting mostly metal material which I assume they sell to scrapyards,” Gere said.

One of the church wardens, Connie Gin, said they frequently found syringe needles scattered in the yard, traces of fire and sometimes faeces.

“Not too long ago, we filled half a 2l [bottle] with syringe needles that we picked up in the yard.

“The black traces on the ground are from small fires that whoever keeps coming here seems to be making at night.

“This happens especially on weekends and now that we’ve been under lockdown and not frequenting the church as we used to, they’ve gotten even more comfortable,” Gin said.

The church is located at the corner of Westbourne Road and Bingley Street. 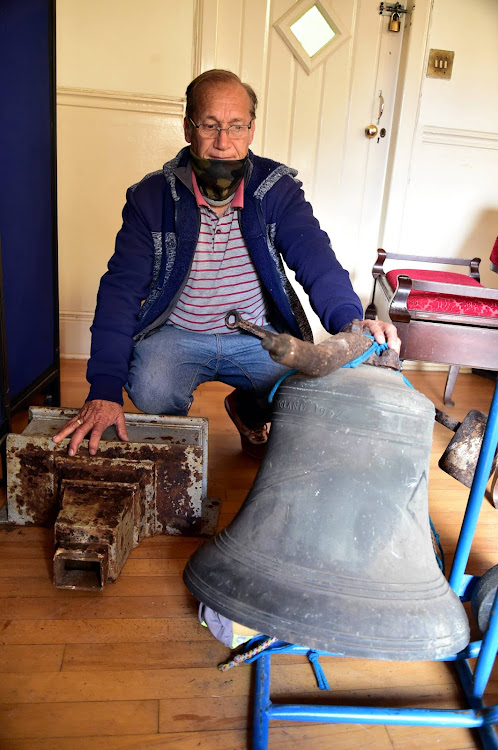 CHURCH’S PRIDE: Willie Gere with the bell recovered after an earlier act of vandalism at the St Cuthbert’s Church, in Westbourne Road, Central. Other metal objects were also found hidden in the church’s garden
Image: EUGENE COETZEE

“There isn’t anything of much value that they could be targeting inside the church.

“It seems that some of these people who keep coming here also sleep here,” Gere said.

He said a criminal complaint had been laid and police were present on the scene on Tuesday morning inspecting the damage.

Police spokesperson Colonel Priscilla Naidu said a case of malicious damage to property had been opened.