Bram Fischer film shows other side of Struggle 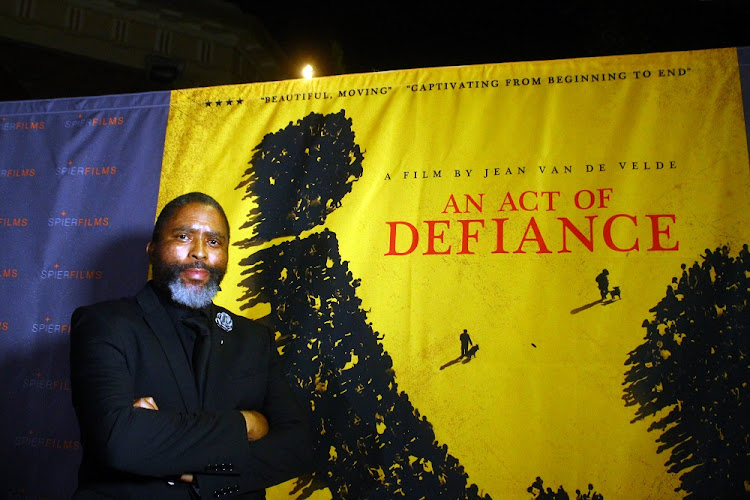 Struggle icon Bram Fischer's movie premiered for the first time in Johannesburg at the weekend.

The movie, which is due for release at local cinemas later this year, was screened as the closing film of the RapidLion film festival at The Market Theatre on Saturday.

An Act of Defiance, the story of Bram Fischer's defence of the Rivonia triallists, tells the story of freedom fighters, including Nelson Mandela and Walter Sisulu through the life of Fischer.

Actor Sello Motloung, who is the third South African actor to play the role of Mandela in a movie after Atandwa Kani and Tumisho Masha, said the story of Fischer was important.

"I can't wait for our people to get to know the other side. The Mandela's and Sisulu's were not alone in the Struggle - there were other people, but also the story of the Struggle is not from one side, it comes from different points so we have to know all these so as to be able to record our own stories," Motloung said.

"I am an actor who played Mandela. I didn't try to be Mandela because there was only one Mandela. I believe once you start going that route, it does not gel well, so I decided to represent what the man stood for and not necessarily mimic him," he said.

He added that it was important that the cast was made up of 99.9% South African actors, which was previously not the case with movies about Struggle icons.

The movie, which is directed by Jean van de Velde, is a co-production between Dutch and South African teams that have worked closely with the Fischer family and key players in the Rivonia trial.

"I think it's important to know that white people were also involved in the Struggle and the trial was not the only thing he was involved in."

Actress Gontse Ntshegang, who plays the role of Winnie Mandela, said: "I love her; I love her strength . I think much more recognition should be given to her."

Movie producer Michael Auret said: "The movie will be released around August and September."