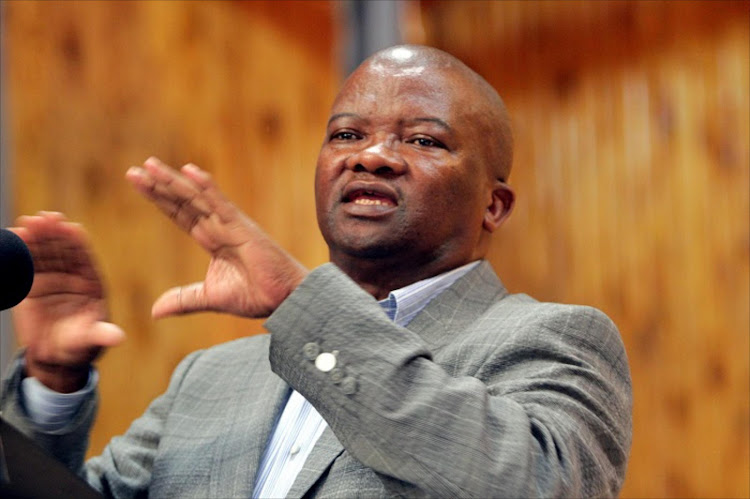 State capture and the looting of state resources are an “insult” to Nelson Mandela’s legacy‚ says UDM leader Bantu Holomisa.

“State capture must not only be pushed into retreat‚ but must be defeated once and for all. Those who are captured should be charged‚ prosecuted and convicted. If we don’t do so‚ Madiba’s legacy will be in jeopardy‚” he said.

Tuesday was the fourth anniversary of the death of the struggle icon.

Holomisa was one of the speakers on Tuesday night at the Nelson Mandela Foundation in Houghton in Johannesburg. Mandela’s wife‚ Graça Machel‚ members of the Mandela family and Mandela’s friend‚ George Bizos‚ attended the event.

Public Protector Busisiwe Mkhwebane confirmed on Monday that a R250‚000 payment into Eastern Cape Premier Phumulo Masualle’s private account was among a litany of irregular transactions made with money meant for Mandela’s funeral.

Mandela’s death opened the floodgates in the province for officials to spend R330-million diverted from the infrastructure development grant.

“It is difficult to comprehend how some people stooped so low by stealing funds allocated to give Madiba a dignified farewell … This goes beyond commonplace corruption. It is not only immoral‚ but evil.”

How some are commemorating the death of Madiba

Tuesday is the fourth anniversary of the passing of former president Nelson Mandela.
News
4 years ago

Holomisa described Mandela as a moral beacon‚ guiding light‚ mentor and friend. He believes Mandela’s wisdom ushered in a golden era in South Africa‚ partly because he surrounded himself with “capable individuals”.

“The calibre of the people in his cabinet was just at a higher level than what we have today.”

Holomisa said South Africans must address the “sour taste”‚ disillusionment and “collective shame” in the country by finding out how we can reclaim Mandela’s legacy and draw lessons from his life.

“What happened to the tone and example that Mandela set?”

Holomisa believes the time around the death of struggle stalwart Ahmed Kathara in March this year was the “lowest point” in President Jacob Zuma’s presidency.

It was during this time that Zuma fired former finance minister Pravin Gordhan and his deputy‚ Mcebisi Jonas‚ during a cabinet reshuffle.

“Institutionalised corruption and the looting of state resources with impunity are the order of the day. We could say that this has become the new normal.”

According to Holomisa‚ Mandela was not the “reconciliation junkie he is often portrayed as”.

“He was definitely a one nation president who extended the hand of friendship in quite an extraordinary ways.”

Holomisa believes the way forward is casting the net wider than the ruling ANC. He believes South Africa needs a Codesa type of conference‚ because “we cannot afford to put all of our future eggs in one basket”.