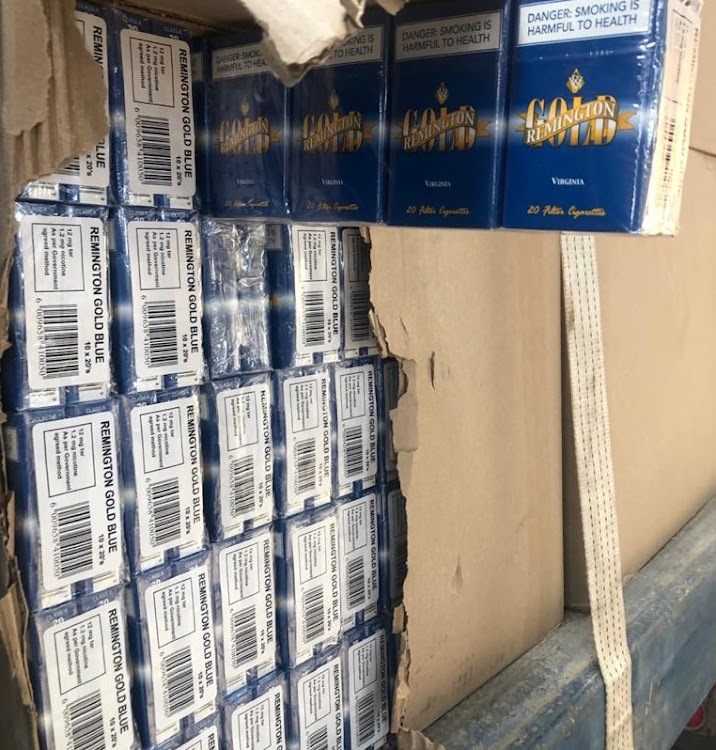 Preliminary reports suggested that the crime scene was used as a distribution nodal point.
Image: Saps

Six suspects were arrested on Monday after they were found loading boxes of illicit cigarettes worth millions onto a truck in Eldorado Park, south of Johannesburg, police said.

Police spokesperson Brig Mathapelo Peters said the SA Revenue Service and police acted on information and busted the suspects in the act at an industrial site in Eldorado Park.

Peters said preliminary reports suggested that the crime scene was used as a distribution nodal point where alleged traders would collect the illicit cargo for further distribution and sales.

She said the possibility of more arrests could not be ruled out.

President Cyril Ramaphosa has announced that the country will be moving to alert level 2 with bans on travel between provinces and the sale of ...
News
1 year ago
Next Article