Tobacco producers call for cigarette ban to be lifted 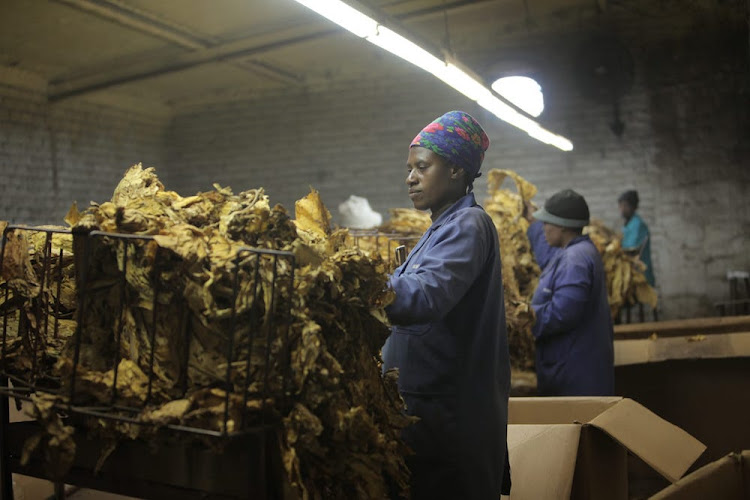 Limpopo Tobacco Processors, the biggest supplier of tobacco leaf to domestic buyers in SA, has also called for the ban to be lifted.
Image: Supplied/Satta

Launched by the SA Tobacco Transformation Alliance (Satta), the #LiftTheBanSA campaign aims to draw attention to all the livelihoods at risk if the government continues with its ban on cigarette sales.

More than 296,000 people rely on the flow of activity across the tobacco value chain for their livelihoods. Their jobs, and those of their dependants, have been threatened by the ban, which has been in place for more than 120 days.

During the same period, illegal tobacco sellers have been making millions of rand a day selling smuggled cigarettes to SA consumers. This has resulted in a loss of about R4bn in tax revenue for the SA Revenue Service (Sars).

“The only winners here are the tobacco smugglers and the illicit salespeople,” says Satta chair and tobacco farmer Shadrack Ntando Sibisi.

“Legal tobacco manufacturers have also been adversely affected. This has led to reduced services of long-standing contracts with suppliers and distributors.”

“Equally, retailers are suffering — in particular, spaza shop owners and small traders, who make the bulk of their profits from selling single cigarettes. They have been unable to trade legally since March.

“Jobs and livelihoods are at risk. It’s disastrous situation created by the government without any convincing evidence that a ban on smoking will help combat Covid-19.

“SA is the only country in the world that has banned cigarettes. There is no justification for it, and we call on the government to immediately lift the ban and allow cigarettes to be sold in the same way as before the lockdown.”

Satta has been joined in its campaign by a number of other stakeholders in the sector. These include the Black Tobacco Farmers Association (BTFA), Limpopo Tobacco Processors and Soweto Business Access.

“We are unable to plan or plant; we are unable to harvest or sell. Soon, our businesses will go down the drain. Black tobacco farming is on the brink of extinction.”

Limpopo Tobacco Processors (LTP), the biggest supplier of tobacco leaf to domestic buyers in SA, has also called for the ban to be lifted, saying: “Our operations have effectively been put on ice because of the ban. This has jeopardised the economic future of our members and is threatening thousands of jobs across the tobacco value chain.”

LTP said it was also concerned at the huge growth in the cigarette black market during the lockdown.

“According to our calculations, about R35m in tax revenue is being lost every day because of the ban on sales. We call on the government to lift the ban and allow cigarettes to be sold again.”

This article was paid for by SA Tobacco Transformation Alliance.