Editors' forum concerned at increase in arrests of journalists worldwide 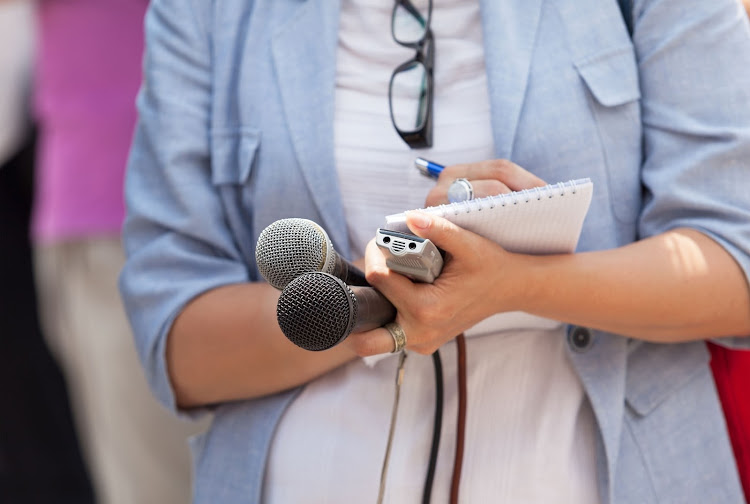 The South African National Editors' Forum has expressed concern about the rising number of journalists being detained around the world.
Image: Macor / 123RF Stock Photo

The South African National Editors' Forum (Sanef) has expressed concern that 2020 has become a dark year for media freedom worldwide because of the increase in the number of journalists jailed in various countries since the Covid-19 crisis.

Sanef said it joins the African Editors' Forum in condemning the new anti-media freedom regulations signed by Tanzanian president John Magufuli, which have eroded the gains made by the Tanzanian media over the past four decades.

Sanef said Tanzania has over the past few months shut down several media outlets and ordered the closure of newspapers critical of Magufuli's government.

These laws include the Electronic and Postal Communications Act, which requires anyone with a blog or a website to pay hefty licence fees.

The ANC has condemned in the "strongest possible terms" the conduct of party MP Boy Mamabolo, who allegedly threatened to shoot a journalist and kick ...
News
1 year ago

Sanef also expressed its solidarity with the World Association of News Publishers and the World Editors Forum, in condemning:

Last week, the Zimbabwean courts denied bail to Chin’ono, accusing him of stoking violence ahead of planned anti-government protests. Chin’ono has been actively exposing corruption in Zimbabwe.

On Sunday, the Egyptian authorities extended the detention of Hussein for another 45 days. He has been in jail since December 2016, surpassing the legal limit of detention without trial. Sanef said Egypt has ignored calls by the UN for it to end the arbitrary detention.

On Monday, Lai, his two sons and six executives of Apple Daily's parent company Next Digital were arrested under new national security laws when some 200 policemen raided the Apple Daily offices.

The laws, which were adopted by China for Hong Kong at the end of June, criminalise secession, subversion and collusion with foreign forces - the charge against Lai.

Warren Fernandez, president of the World Editors Forum, called on all journalists to stand with editors on the African continent in calling for the release of Chin’ono.

He urged regional powers to put pressure on the Zimbabwean government to stop criminalising critical journalism.

“We also believe that Mr Hussein should be released, particularly in light of the worsening health conditions in Egypt's jails,” he said.

The SA National Editors' Forum has called for an inquiry after a Newzroom Afrika reporter was injured when police fired rubber bullets during a ...
News
2 years ago

The SA National Editors Forum (Sanef) on Sunday laid bare journalists' grievances and difficulties around covering the coronavirus pandemic to ...
News
2 years ago
Next Article