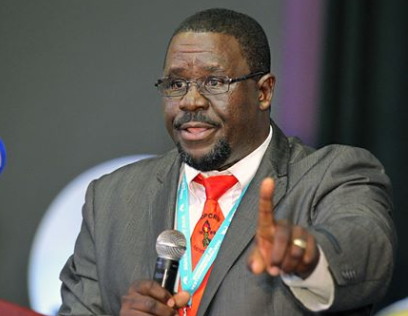 Mbolekwa, who was the longest serving leader of the union in the province, died on Wednesday. He was 51.

The union described his passing was a huge loss. “Comrade Mbolekwa was one of the principled leaders of our union, a dedicated unionist who remained very loyal to our cause and struggle for workers’ rights,” it said in a statement.

Popcru said Mbolekwa had held the provincial secretary post since 1999 and was also the ANC branch treasurer of the Anton Fransch ward.

The union conveyed its condolences to his family and friends.

“We shall fondly remember him for his lively character — a humble activist who played an important role in the new terrain of democratic politics. His genius was more evident when leading the collective interests of our membership, especially during difficult times.

“Comrade Mbolekwa’s contribution to the struggle will forever be remembered as an example to be emulated by future generations.”

'The epitome a good trade unionist'

The Congress of the South African Trade Unions (Cosatu) said Mbolekwa's death “was a huge blow to both Popcru and federation in the province”.

A 42-year-old female warder from Leachville near Brakpan lost the fight for her life against Covid-19 on Thursday.
News
1 year ago

As a warder at St Albans Correctional Centre  in Port Elizabeth tested positive for Covid-19, prisoners are fuming that they were only asked simple ...
News
1 year ago

“Comrade Mbolekwa was a true working-class activist and workers' struggles always came first in his life,” said Cosatu in a statement.

“He was the epitome of what a good trade unionist should be.”

The SA Police Service (SAPS) also expressed sadness at Mbolekwa's sudden passing, describing him as “a gallant fighter for workers’ rights who was not scared to speak truth to power”.

“Capt Mbolekwa had diligently served the SAPS in various capacities for 29 years, the latter part of which was his deployment as a full-time Popcru shop steward,” said SAPS in a statement.

He played a crucial role with other Popcru shop stewards within the safety and security sectoral bargaining council (SSSBC), advancing the interests of workers.”

“It is tragic that we lose a leader of his stature at a critical time in the country. With the Covid-19 pandemic threatening to destabilise workplaces, discerning voices such as his are needed even more,” she said.

“The safety of police officials was very close to his heart and without fail he advocated for heavy sentences to be meted out to those who attacked police members.”

A video has emerged showing three prisoners drinking wine, playing music and browsing social media on their cellphones inside their Mdantsane prison ...
News
1 year ago
Next Article