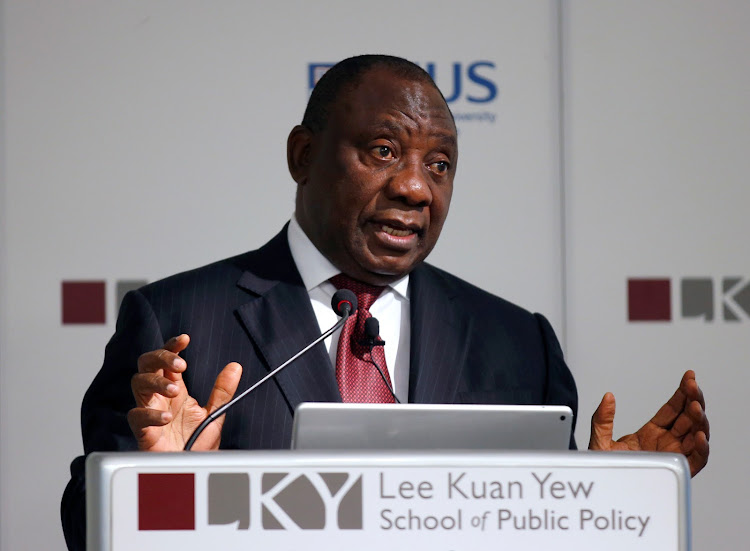 In his weekly newsletter, dedicated to the youth this week, Ramaphosa called for the eradication of gender-based violence (GBV).

His newsletter comes as the country is again facing incidents of gender-based violence, highlighted by the murder of eight-months-pregnant Tshegofatso Pule two weeks ago. Her body was found hanging from a tree in Durban Deep, Roodepoort, with multiple stab wounds.

"Like all South Africans, I have been deeply disturbed by a surge over the past few days in the murder of young women at the hands of men.

"These are shocking acts of inhumanity that have no place in our society," said Ramaphosa.

He said youth-led civic activism, awareness-raising and peer counselling were vital tools in the efforts to eradicate GBV from society.

"At the same time, we must strengthen our justice system, ensuring that perpetrators are brought to book, bail and parole conditions are tightened and that those sentenced to life spend the rest of their lives behind bars," he said.

Ramaphosa said while curbing GBV needed society-wide action, his call was on young men in particular to take up the struggle against gender-based violence.

"Unless we end the war that is being waged against South African women, the dream of a new society will remain elusive. Those of us who were part of student movements during the apartheid era are often asked what we think of the young people of today.

The Solidarity Fund has approved R17m in funding for initiatives that support victims of gender-based violence as part of its efforts to assist those ...
News
2 years ago

"There is a temptation to retreat into nostalgia about ‘the glory days’ of student politics and youth struggle, never to be replicated. But just as the youth of yesteryear defined their mission, today’s youth have defined theirs," said Ramaphosa.

He praised the youth around the world who have protested under the banner of #Blacklivesmatter after the brutal killing of George Floyd by a police officer in the US.

The protests have sparked a worldwide campaign against racism, with youths toppling statues of colonial figures.

"And so, as we pay tribute to the generation of 1976 on this Youth Day, we also salute the youth of post-apartheid South Africa, the worthy inheritors of this noble legacy.

"The mission of the 1976 generation was to dismantle Bantu education; that of today’s youth is to take forward the project of national reconciliation and transformation," said Ramaphosa.

He said in time to come it will be said the year 2020 marked the start of a new epoch in human history.

"Not only has the coronavirus had a momentous impact on people’s lives and livelihoods, it has also shaken up the global social order.

"The manner in which the pandemic has taken hold has been a reminder of the interconnectedness of the human race, and of the deep inequalities that exist between countries and within countries," said Ramaphosa.