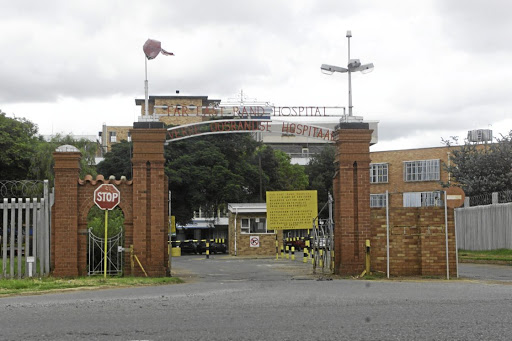 An admin staff member at the Far East Rand Hospital says his fears of getting Covid-19 at work have now come true after he tested positive last week.

The 34-year-old man, who spoke on condition that his identity is withheld, told Sowetan he tested positive on Tuesday after he started showing Covid-19 symptoms, including a dry cough.

He is self-isolating at home and self-medicating.

"Many of my colleagues and I left our homes with fear of ending up positive after the contacts of our fellow colleagues, who tested positive, were forced to come to work while waiting for their results, said the staff member.

The man is now the sixth employee at the public health facility to test positive after four laundry workers and a porter were sent home after they tested positive for the coronavirus two weeks ago.

"I personally feel that the hospital and the department have failed us because if they had been more cautious of isolating contacts I probably would not have been infected," he said.

The man said after testing positive and being sent home, a team from the health department was sent to test his family and all the people that he was in contact with at the hospital and in his unit.

The staff member said his family has had to adjust ever since he tested positive for Covid-19.

At the Kanyinya COVID-19 treatment facility a short distance from Rwanda's capital Kigali, Akazuba, Ikizere and Ngabo report for duty, but these are ...
News
1 year ago

"Everyone in my house practises caution, they all wear masks and gloves and sanitise frequently."

The Nursing Union of Public Services and Allied Workers (Nupsaw) has now called for a shutdown of the hospital, alleging that it was putting the lives of the healthcare workers at risk.

Nupsaw accused the hospital of allowing Covid-19 contacts to mix with others.

Nupsaw spokesperson Solly Malema said they had predicted that there would be a surge of infections at the hospital.

"This has resulted in a catastrophe at the Far East Rand Hospital and the community," said Malema.

Malema said it was disappointing that the hospital was not shut down for deep cleaning, testing of staff and other possible contacts be allowed to self-isolate at home.

Gauteng health spokesperson Kwara Kekana, however, said in terms of its records, the hospital's Covid-19 cases, including that of the administration clerk, were four.

"On Wednesday, 27 May 2020, we received positive Covid-19 results of an employee who is an administrative clerk in the transport department who had tested privately at Lancet Laboratory," said Kekana.

Kekana said the process of contact tracing and testing was immediately initiated wherein all contacts were also tested.

"The provincial department of health and the Ekurhuleni district are fully aware of these cases," she said.

Kekana said the first case was reported to management on Monday May 18 at around midday, while the second one was reported the same day at about 6pm.