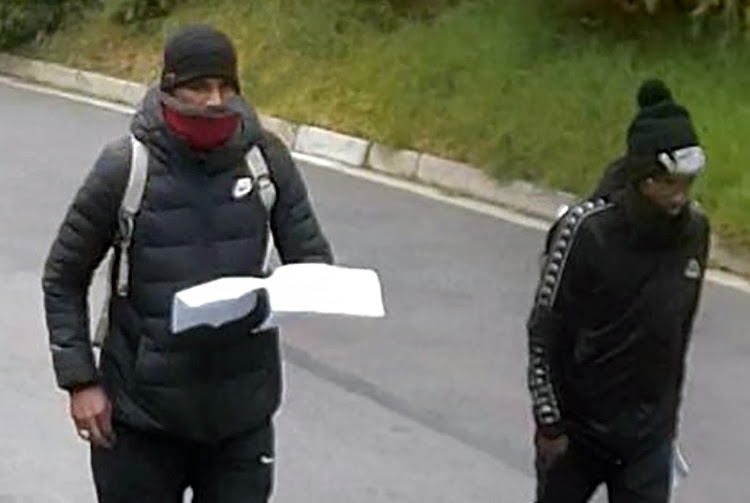 A photo of two suspects believed to be linked to a shooting outside the home of Cape Town lawyer William Booth.
Image: SAPS

Western Cape police have arrested seven people in connection with the shooting outside the home of Cape Town attorney William Booth.

According to Western Cape police spokesperson Col Andrè Traut, five men and two women were arrested in Woodstock on Wednesday night. This followed an appeal for information by the police to the public on Wednesday. The police included stills from CCTV footage showing the suspects and a white Hyundai SUV believed to have been used in the shooting outside Booth's Higgovale home on April 9.

“The suspects are being questioned by detectives and court appearances are yet to be scheduled,” said Traut.

Booth is the latest lawyer to be targeted in shootings in Cape Town and is considered one of the top organised-crime lawyers in the city, representing clients such as alleged underworld figures Mark Lifman and Andre Naude.

Lifman, Naude and Jerome “Donkie” Booysen are the arch-rivals in the nightclub security industry of a grouping controlled by alleged underworld figures Nafiz Modack and Colin Booysen, Donkie’s brother.

With virtually the whole of Cape Town’s underworld involved in a perpetual bloody feud over control of nightclub doors, spots at auction houses and other turf ripe for lucrative deals and alleged extortion, the courts have become battlegrounds and their lawyers their greatest assets.

In recent years, allegations have surfaced in open court that the criminal justice system and the police are also being roped in to execute arrests on trumped-up charges, with lawyers such as Booth and advocate Pete Mihalik making spectacles of the alleged injustice against their clients.

Noorudien Hassan was the first lawyer to be killed in a hit in November 2016.

His colleague Mihalik was murdered outside his children's school in Green Point in October 2018. He was Modack's legal representative in an extortion case in which he and other lawyers alleged the police investigation against his client was the work of a conspiracy involving Modack's underworld rivals and the police.

Modack, Booysen, Jacques Cronje and Ashley Fields were found not guilty by the Cape Town regional court in that case.

Booth has similarly alleged that police misconduct was behind the wrongful arrests of his clients Lifman and Naude.