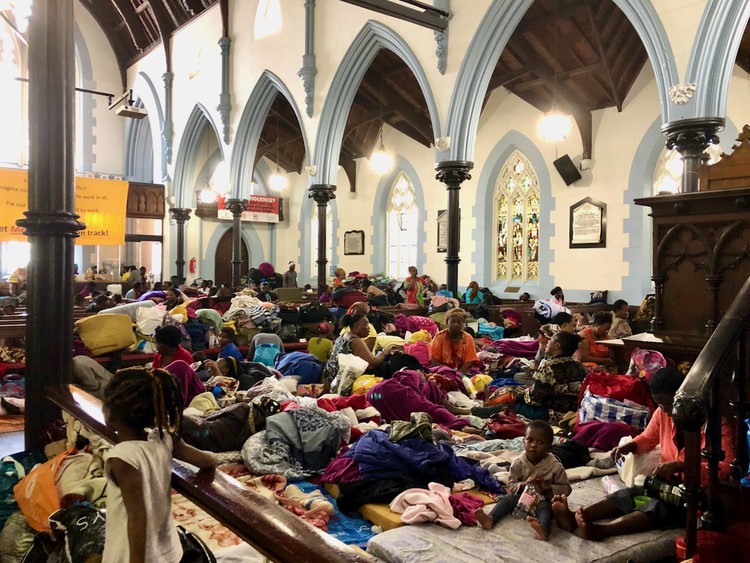 The scene inside Cape Town's Central Methodist Mission earlier in the occupation by hundreds of refugees.
Image: GroundUp/Madison Yauger

Hundreds of refugees holed up in Cape Town's Central Methodist Mission refused to leave on Thursday.

Senior police officers, health workers and home affairs officials went into the church on Greenmarket Square to discuss moving the refugees to marquees during the Covid-19 lockdown.

But when they emerged, they said the people inside — thought to number about 600 — had refused to leave.

Refugee's held up in the Central Methodist Mission just met with health officials and police commanders. It appears they are refusing to move from the church where they have been living since late last year. #Covid19 regulations may mean their presence in the church is illegal pic.twitter.com/OFSKTlfuUQ

One of the police officers said the refugees wanted a splinter group living on the streets to be taken to marquees in Maitland and Bellville first.

Once they indicated that the sites were safe, the church refugees would agree to leave, they said.

On Tuesday, public works minister Patricia de Lille's spokesperson said a marquee big enough for 600 refugees was being put up at Paint City, in Bellville.

Zara Nicholson said the department had made land available in Voortrekker Road, Maitland, where the city would erect a marquee “to accommodate the overflow of refugees and homeless people at other sites”.

The two groups of refugees were initially housed in the church shortly after they were evicted from outside the UN High Commission for Refugees (UNHCR) city centre offices last year. They claim to be in peril in SA and want to be flown out.

The groups split in December after a leadership tussle, and those now living on the pavements were kicked out. 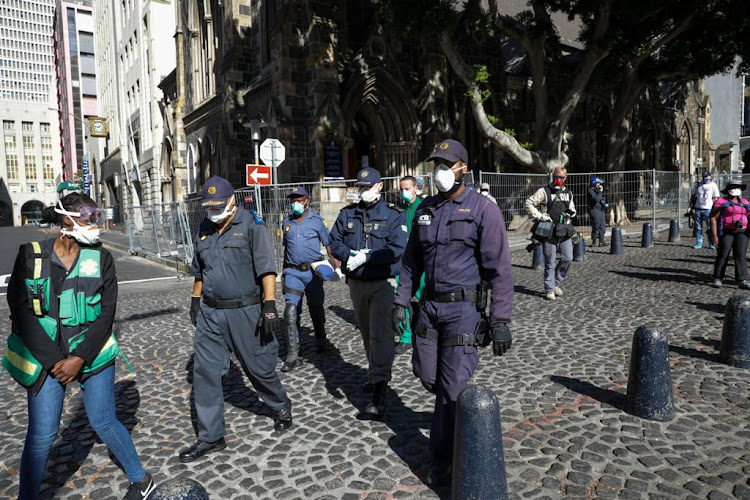 Police leave the Central Methodist Church in Cape Town on April 2 2020 after hundreds of refugees holed up inside refused to leave.
Image: Esa Alexander

They spent several months living outside the church before being forcibly removed on March 1. Some of them are now in makeshift shelters near Caledon Square police station.

The refugees in the church, now surrounded by fencing, have posted guards at the door. A placard outside calls for the release of their leader, JP Balous.

Balous is in custody facing charges of intimidation, assault, escaping from custody and resisting arrest.

Throngs of refugees and children were stilling sitting on pavements in the Cape Town CBD by noon on Tuesday – five days into the lockdown.
News
2 years ago
Next Article