Parktown Girls learners get their way after environmental protest 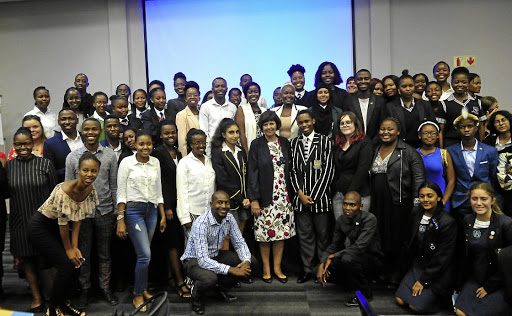 A group of young people who are involved in various environmental projects had a dialogue with minister Barbara Creecy on national climate change in Kempton Park yesterday./Veli Nhlapo

Three pupils from Parktown High School for Girls in Johannesburg who have been boycotting classes for seven weeks, demanding a meeting with minister of environmental, forestry and fisheries Barbara Creecy, finally got their way on Friday.

The girls, whose ages range from 15 to 17 years, were part of the group of young people who had a national climate change dialogue with Creecy at Aviation Hotel in Kempton Park, Ekurhuleni.

The girls started their mission last month because they were concerned that the government was not doing enough to promote environmental public awareness.

The girls, who sat outside the school every Friday and missed out on hours of classes, suggested to Creecy they want young people to be involved in policymaking.

After a short meeting with Creecy, the group leader told Sowetan they were disappointed that she had failed to address some of their questions and concerns.

"She [Creecy] could not say exactly what the government is doing in terms of environmental issues. Instead, she seems to blaming us young people for not playing a role in spreading the message and changing society's perceptions around climate change," said the 17-year-old pupil who may not be named.

Natural disasters in KwaZulu-Natal have caused more than R3-billion worth of damage in the past nine months alone, premier Sihle Zikalala said on ...
News
1 year ago

"We want to be part of the initiation process of the policymaking because this is our future that is going to be affected. We want to go to parliament. We are not fighting but we want to work with them. I feel this meeting happened because they wanted us to keep quiet."

The Grade 12 pupil said the government has failed teach people about waste management and how they can respond to climate change.

"We suggested that perhaps the government needs to address the issue of food security and poverty before delving in climate change education.

"People will never take the issue of climate change serious when they don't know where their next meal is going to come from."

The Grade 12 pupil said at first when they began their mission she and her fellow schoolmates had challenges with the school not understanding them.

She said after a series of meetings the teachers began to understand and started supporting them.

Speaking to Sowetan Creecy said: "Today it was about information sharing and I wanted to understand their concerns. I have explained to them that the government was doing a lot and we have put aside a budget for community outreach programmes to make sure communities understand and know how they can respond to climate changes."

On the question of involving young people in policymaking, Creecy said: "Everything or policy we make has to go out for public comment and everyone is welcome to participate through submissions. The issue is how you enable young people to make public submissions. But I said to them I want to look into this further."