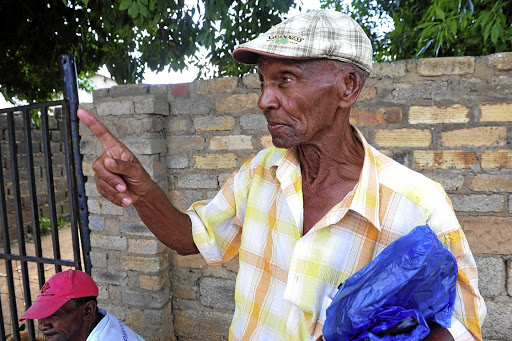 What would you do if you find yourself living without electricity for seven months?

One old man in Soweto has devised a budget and lifestyle which perfectly fits his social grant budget and works for him.

Khumo Moephuli, 83, of Rockville, who lives alone with his two dogs, is among those who have had to make serious adjustments after going for seven months without electricity.

Moephuli went to the Eskom offices to try and persuade it as an elderly person to reconnect the neighbourhood.

"I went to their office in Midway and asked them who is the person that is abusing me. Is it Eskom or the ANC?"

Rockville was disconnected due to many of the residents owing Eskom a lot of money.

Moephuli admitted he also owes but said he had passed worrying about his debt.

Residents of Orlando East, Soweto, have accused Eskom of victimising them by cutting off power after technicians were chased away from the area while ...
News
1 year ago

"Eskom wanted R6,052 for remedial charges. Remedial means I would be admitting I am wrong. What I do now I just take their bill and throw it in the bin," he said. He does not even know how much he was owing before Eskom offered to reconnect him at a fee.

His neighbours got together and started taking a collection of R500 house to house to pay people who would reconnect the neighbourhood to the grid but he refused. Other parts of Soweto have succeeded in reconnecting themselves.

Moephuli said since losing electricity, he does not cook.

"I did royal mathematics. I know how to budget for myself. I buy whole wheat bread and sour milk. If I want something green, I buy pap at Pick n Pay for R5 and cooked spinach for R6. When I feel like having meat, I buy a cooked pig's trotter for R20 in Molapo," he said.