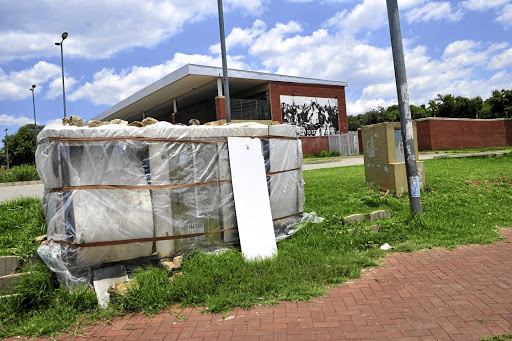 Frustration over electricity disconnections in Soweto has taken a new turn after residents reconnected themselves to the grid.

The areas, which were cut off by Eskom for nonpayment, include Mapetla, Rockville, White City, Central Western Jabavu and Dlamini.

The residents of these areas had failed in their high court bid to force Eskom to reconnect their power.

Electrical boxes supplying the areas with power are now guarded by groups of residents armed with whistles to ensure that Eskom employees do not return to disconnect their power.

Over the past two months, residents said they lost hope on ever getting back to the grid through legal means.

Several homes are getting electricity directly from street lights while others have linked wires directly to the distribution boxes in their streets.

Some of the homes near the illegally connected boxes are given whistles for people to blow and alert the community if any official technician or municipal worker is spotted next to the boxes.

In Central Western Jabavu, where there had been no electricity late last year, there is now light everywhere.

Residents said they held a number of meetings to try and resolve their problems and they agreed the best route was to reconnect illegally.

Residents of Orlando East, Soweto, have accused Eskom of victimising them by cutting off power after technicians were chased away from the area while ...
News
2 years ago

Residents said each household contributed money, refusing to say how much, and a group of electricians from Sebokeng in the Vaal were apparently paid to reconnect them.

"We got ourselves a man without a face and name. He came with his team and they worked on the box," a resident said.

"They worked from 8pm till midnight. They could not work during the day for obvious reasons. We can't tell you how much we paid these people."

As a Sowetan team spoke to the resident, more community members arrived, assuming we were from Eskom and trying to disconnect them.

An elderly man said: "We are not ashamed of what we have done. Not ashamed at all.

"Eskom failed us and we could not live in the dark forever. If they wish, they must come here and try to disconnect us. We will kill them. I am not joking," he said.

A man then warned us that our time in the neighbourhood had lapsed.

"You are lucky. Just these two women could have seriously assaulted you. You have to leave now."

A woman said: "Not far from this spot in Rockville, where 27 houses had no electricity for seven months, they took a decision to reconnect themselves.

"What option did we have? Nobody wanted to listen to us. We had been everywhere trying to get reconnected but failed. I am sick here and not having electricity has made my condition worse."

In November, Lungelo Lethu Human Rights Foundation went to the high court in Johannesburg to compel Eskom to reconnect residents to the grid and agree to an affordable flat rate for debt.

The application was removed from the roll and the foundation was ordered to get proper legal representation to argue their case.

Soweto has had problems with Eskom for decades. Last year, Sowetans owed Eskom about R18bn.

Other areas including Emndeni and Dobsonville have large sections that are also illegally connected.

King Sibiya, who represented Soweto residents, said: "We have to go to court to resolve this crisis. It is the only way this matter can come to an end. Eskom sees itself as bosses [and us below them] because we vote for this government."