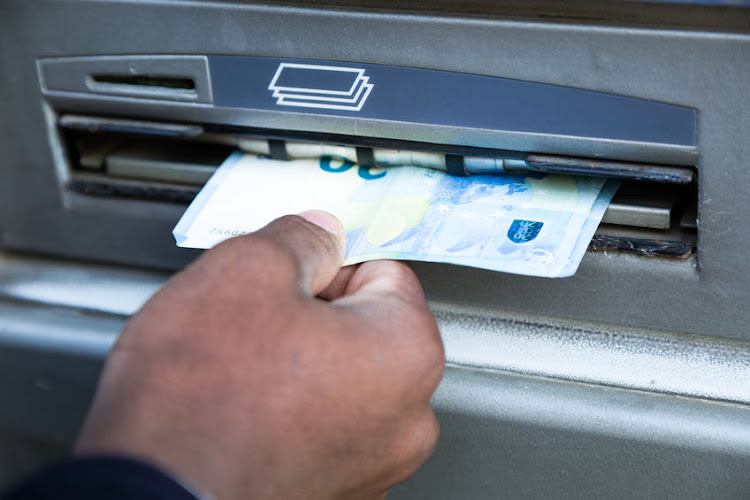 An ATM bombing was thwarted this week following a tip-off from community members.
Image: 123RF/Josep Suria

A tip-off led police to foil alleged plans by a gang in a bakkie to blow up an ATM with explosives at a petrol station in Mpumalanga.

Three suspects appeared in the Mdutjana magistrate’s court on Tuesday - a day after their arrest, when they were spotted near the filling station in Siyabuswa, near KwaMhlanga.

"The trio’s court appearance came as a result of information that police received from community members with regard to suspects who were armed with explosives and were conniving to commit crime," said police spokesperson Col Donald Mdhluli.

The gang, five in total, was travelling in a grey Nissan 1400 bakkie.

A second bomb scare in seven days in Mbombela is cause for concern for the Mpumalanga police.
News
2 years ago

Two men suspected of being part of an ATM bombing and housebreaking gang were killed in a shootout with police in central Durban on Saturday.
News
3 years ago

"On the day [Monday], police patiently waited and around 11.50am the suspects ...  fitting the description drove closer to the place where they were supposed to carry out their evil mission," said Mdhluli.

"Upon noticing police, the four suspects that were at the back of the Nissan bakkie jumped off and fled on foot to evade arrest, leaving the driver alone."

Police officers found electronic detonators, explosives and a battery in the bakkie. The driver was arrested for possession of explosives.

Two more suspects were nabbed after a manhunt.

"The three were charged with illegal possession of explosives, as well as conspiracy to commit crime unknown to the state."

Information led to the arrest of a fourth suspect, who was in possession of an illegal firearm and ammunition.

Three of the suspects appeared in court on Tuesday. The fourth appeared on Wednesday.