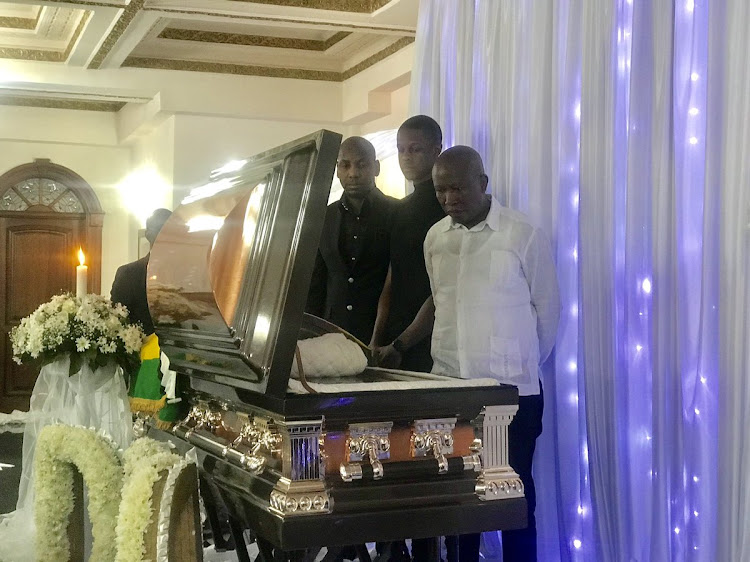 Malema and party spokesperson Mbuyiseni Ndlozi led an EFF delegation to the Mugabe residence - nicknamed "Blue Roof' - in Borrowdale, Harare, on Monday to pay their respects.

They were granted a body-viewing and lunch at the Mugabe household, where they met his widow Grace and other close family members.

But it is Malema's utterances during a press conference that irked the Zimbabwean ruling party.

Malema spoke about "chancers" who wanted to take charge of the Mugabe legacy while relegating his family to the sidelines.

"It's an absolute nonsense that you think declaring a person a national hero takes away the right of the family over the deceased. The family, especially the surviving spouse, has the last word," Malema said in reference to the standoff between the Mugabe family and government over the late president's dying wishes.

In response, Zanu-PF spokesperson Simon Khaya-Moyo referred to Malema as a "puppet" of the West, the same people that the late former president fought against. He also accused Malema of grandstanding.

"In that regard, the party finds it reprehensible for Julius Malema to use such a solemn, sombre occasion to spew political propaganda and to score cheap political mileage," Khaya-Moyo said.

The war veterans' wing of Zanu-PF, which played an integral part in pushing Mugabe out of power in November 2017, accused Malema of being used by elements of G40, a grouping of relatively young politicians that were aligned to Mugabe on his last days in office.

Meanwhile, Mugabe's body remains in the custody of his wife and family at Blue Roof. His nephew, Patrick Zhuwao, is on record saying that the late president told the family that his body should be under the care of his wife until burial.

One of Mugabe's nephews, Leo Mugabe, told TimesLIVE there was "nothing to worry about" over the state of the late statesman's body.

"The body was embalmed in Singapore. It will be in good condition until the final resting place has been constructed," he said.