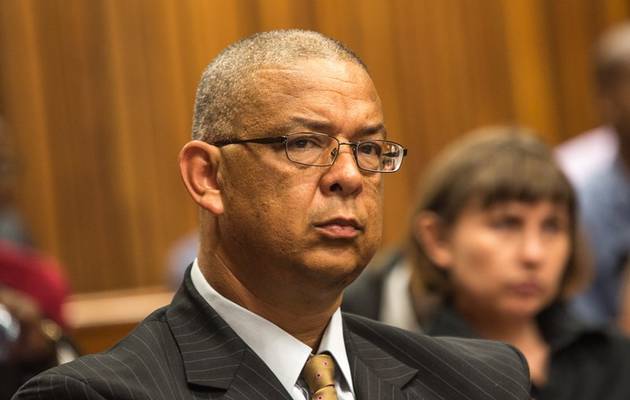 Public protector Busisiwe Mkhwebane will face another legal battle as Robert McBride prepares to head to court to take her report on the Independent Police Investigative Directorate (Ipid) on judicial review.

BusinessLIVE reported that McBride, the former head of the police watchdog body, on Wednesday said he would be approaching the high court to interdict the implementation of any remedial action directed at him pending a review of the report.

In a scathing report released last week, the public protector accused McBride of improperly hiring a cellphone expert to analyse alleged death threats sent to himself and investigators.

She found that Ipid had engaged in procurement irregularities and maladministration when irregularly appointing Theresa Botha as a deputy director of its national specialised investigation team.

The challenge to Mkhwebane’s report comes at a time when the public protector is facing a credibility crisis after numerous adverse findings against her in court.

McBride said Mkhwebane’s Ipid findings were “irrational” as they could not be reconciled with the facts. He said most of the report dealt with a complaint previously investigated by the Public Service Commission, which found the complaint to be unsubstantiated.

“In essence, the PP’s report is an erosion of Ipid’s independence and is likely to interrupt Ipid’s investigations into industrial-scale corruption and looting within the SA Police Service, as the PP report spuriously implicates most of Ipid’s executive members,” said McBride.

"It is clear that the intention is to disrupt the functioning of the Ipid."

He also questioned the timing of Mkhwebane’s report, claiming that it was suspicious that it was released on the eve of testimony by senior Ipid investigators at the commission of inquiry into state capture.

McBride said prior to his lawyers formally receiving Mkhwebane’s report, he had not seen it.  He complained that it had been leaked to officials in crime intelligence, various Ipid employees and the media. He also said there was a pending criminal investigation against, among others, the complainant in the matter and some members of the crime intelligence unit. The matter was currently with the director of public prosecutions for a decision on whether to prosecute, he said.

“Ipid must defend its independence. Ipid must also defend its employees against this fightback campaign,” said McBride.

“If not, Ipid will become a tool in the hands of the corrupt and succumb to political pressure,” he added.