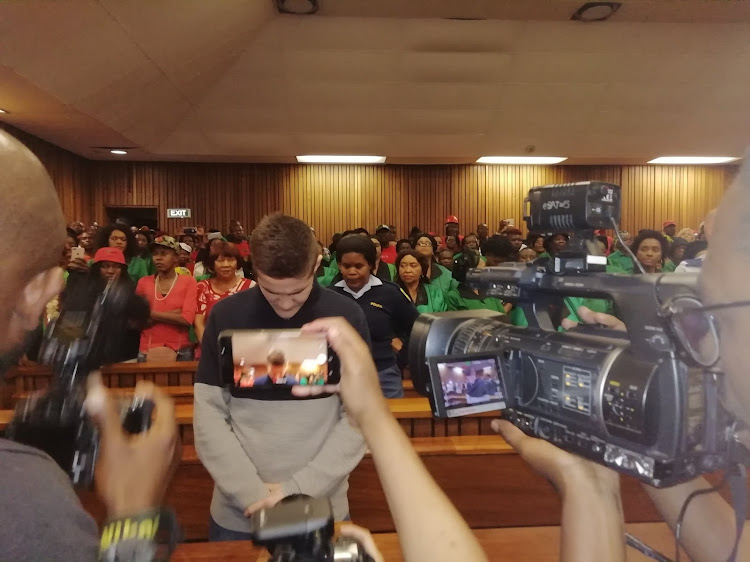 All eyes were on Nicholas Ninow when he arrived at the Pretoria High Court to learn his fate on Monday.
Image: Nomahlubi Jordaan

Nicholas Ninow has been found guilty of raping a seven-year-old girl in the bathroom of a family restaurant in Pretoria.

The judgment was handed down by Pretoria High Court judge Papi Mosopa on Monday.

Ninow, 21, had earlier pleaded guilty to rape, possession of drugs and defeating the ends of justice, and was convicted on all three counts.

The court heard earlier that on the day of the incident in September 2018, Ninow had consumed “substantial” quantities of the drug Kat and alcohol.

The child, testifying in camera, told the court she heard her mother calling but did  not respond because the man with her in the toilet had threatened to kill her, Mosopa said in his judgement.

The gallery in courtroom GA was packed to capacity for the judgment.

This story will be updated.

#DrosRapist the Pretoria High Court is packed as Judge Papi Mosopa is expected to deliver judgment in the case against Nicholas Ninow, the man who admitted to raping a seven year old girl at the Silverton Dros in Pretoria. pic.twitter.com/us84SFSVur