WATCH | Violence erupts in Mokopane with calls for removal of mayor 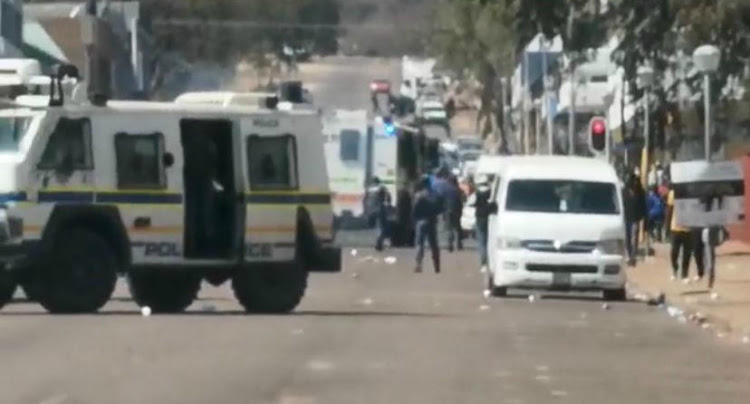 Residents of Mokopane in Limpopo protested on Wednesday to demand the removal of mayor Andrina Matsemela.
Image: Twitter/Yusuf Abramjee screenshot

Violence erupted at Mokopane in Limpopo as protesters attempted to shut down the town on Wednesday.

Most shops, businesses and schools closed their doors after protesters took to the streets.

"There were some protesters who wanted to shut down the entire town. They were blocking the road and therefore the police had to act to disperse them," said provincial police spokesperson Brig Motlafela Mojapelo.

Protesters were demanding the removal of Mokopane mayor Andrina Matsemela, who is reportedly in hiding.

A few weeks ago, Vaaltyn Kekana, chair of the municipal public accounts committee in the Mogalakwena municipality, and Ralph Kanyane, an activist and ANC branch leader, were gunned down in their vehicle "in broad daylight" in Mokopane.

Cosatu condemned the killings, blaming "a well-organised and funded campaign by political hyenas".

"The federation strongly condemns this act of barbarism by political cowards who ... resort to [the] hiring of assassins," the federation said at the time.