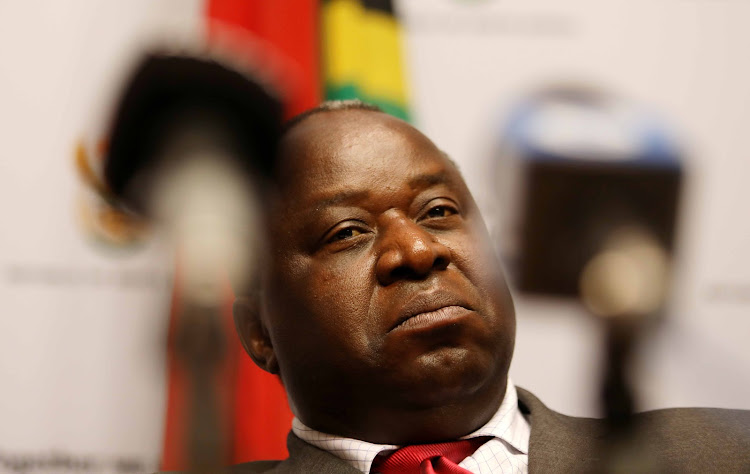 Finance Minister Tito Mboweni says the country will have to dig deep into its reserve coffers to rescue ailing parastatals.
Image: Esa Alexander

Finance minister Tito Mboweni says government will dip into the national contingency reserve account to save cash-strapped state-owned companies such as Denel, SABC and SAA.

Mboweni has also told MPs that he will also be presenting them with a special appropriation bill in the next two weeks to allow for the allocation of yet another cash injection to a bankrupt Eskom for the current financial year and next year.

This will be on top of the R69bn bailout he allocated to Eskom in February for the next three years.

President Cyril Ramaphosa has reaffirmed the constitutional mandate of the SA Reserve Bank, adding that Bank's mandate of only prioritising price ...
News
3 years ago

Mboweni made these announcements during a debate on the budget vote of the National Treasury for the 2019/2020 financial year.

Mboweni increased the contingency reserve account by R6bn in his national budget tabled in February.

The ANC in Gauteng has proposed that the loan that was obtained to build tolled roads in the province be settled by the provincial government.
News
3 years ago

However, he said the financial rescue would come with some strings attached, arguing that similar companies operating in the same space as the three SOEs were making profits in a tough economic environment.

"We really and truly cannot go on like this. A broad strategic framework in a form of a green paper, which will culminate in a white paper, will be published. This will deal among others with the role that government expects of SOEs in a fast changing micro and macro-economic environment.

"In some cases, such as in aviation and broadcasting, various companies which operate in these sectors are making profits and providing good quality services.

"Yet some of our SOEs in the same sectors, operating in the same economic conditions, are relying on government bailouts. We cannot allow this to continue."

Regarding Eskom, Mboweni said the special appropriation bill would be tabled in parliament on July 23.

Once passed by parliament, the bill would see billions of rand allocated to Eskom to help it finance its debt obligations amounting to more than R400bn.

The special appropriation bill was first mooted by President Cyril Ramaphosa in his state of the nation address last month, in which he said the bill would allocate "a significant portion" of the R230bn required by Eskom over the next ten years.

Mboweni once again said the power utility could not be allowed to collapse as this would be catastrophic for the national economy.

"In addition to the support announced in the February budget, I consider introducing a special appropriation bill in the house on July 23 this year after consultation with the parliamentary management, to make available additional funding for Eskom for the current and next financial year.

"As indicated in the February budget, the National Treasury in consultation with the department of public enterprises, have developed the terms of reference and scope of work for the chief restructuring officer and the appointment will be made."