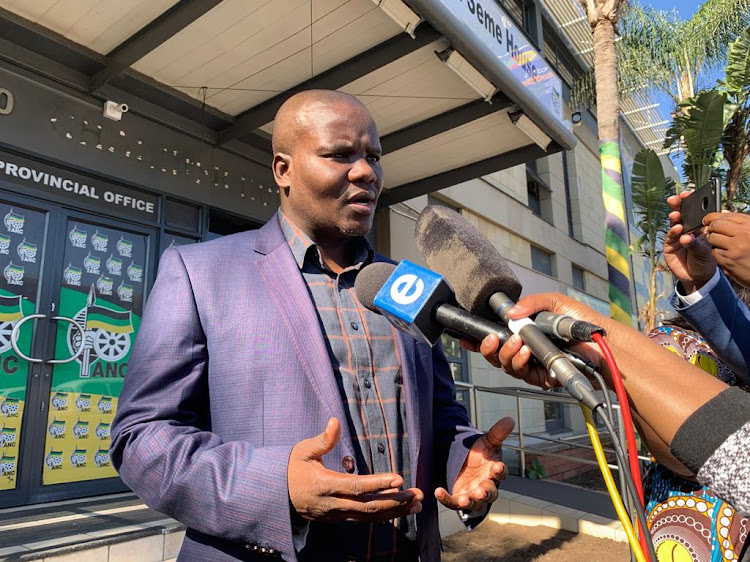 Embattled eThekwini mayor Zandile Gumede will not return to work just yet as an ANC investigation into her is still incomplete.

This was announced by ANC KwaZulu-Natal provincial secretary-general Mdumiseni Ntuli on Wednesday.

Gumede is facing charges of fraud and corruption relating to a R208m Durban Solid Waste tender awarded in 2016 - in which 62 other councillors have also been implicated.

Last month the party's provincial executive committee (PEC) in KZN resolved that Gumede should step down for 30 days to allow the governing party time to finalise processes of an internal investigation into the allegations she was facing.

The resolution also applied to Newcastle mayor Ntuthuko Mahlaba, who is out on R20,000 bail after being arrested in connection with the 2016 murder of former ANC Youth League (ANCYL) official Wandile Ngobeni.

Ntuli told media on Wednesday that the provincial working committee which was tasked with the investigation was not finalised.

"The affected comrades will not be expected to return to their work tomorrow. They have been involved in the process and are familiar with the work that has been done by the organisation.

"They know that until such time that the PEC receive a detailed report on that matter, that it is only then that they will be expected to return back to work or to take the next set of steps that the PEC might instruct."

Ntuli said that the process was 95% complete and that it should be completed by the end of the month.

The ANC's decision is believed to have been strongly influenced by Gumede's bail conditions and whether they would allow her to effectively do her job as mayor.

"The team investigating will need to look into the bail conditions and how they affect the operations that Zandile will have to undertake as a mayor," ANC provincial spokesperson Nomagugu Simelane-Zulu said on Monday.

Gumede's bail conditions prevent her from communicating with municipal officials and employees from the city's finance division, Durban Solid Waste, supply chain management, interfering with the functions and operations of the city, refraining from accessing information or reports relating to the investigation, and taking part in disciplinary actions against officials facing charges relating to similar investigations.

The same conditions apply to eThekwini councillor Mondli Mthembu, who together with Gumede, are accused of playing a major role in awarding the tender and influencing the appointment of service providers.

Gumede, chair of the eThekwini branch of the ANC and staunch supporter of former president Jacob Zuma, appeared in the Durban Commercial Crimes Court in May alongside Mthembu, who is also the chair of the infrastructure committee, and a service provider, Craig Ponnan of El Shaddai Holdings group CC.

On Tuesday DA KZN spokesperson on co-operative governance and traditional affairs (Cogta), Mbali Ntuli, tabled a motion in the legislature requesting Premier Sihle Zikalala to make Gumede's leave of absence a permanent one.

Mahlaba appeared at the Madadeni Magistrate's Court on Tuesday where his case was postponed to August 15.

Gumede and her co-accused will return to court in the same month.