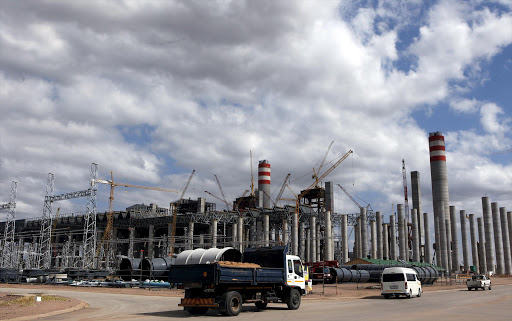 Eskom has announced that Unit 3 at its Medupi Power Station in Lephalale, Limpopo, has attained commercial operation status..
Image: Reuters

Eskom has announced that Unit 3 at its Medupi Power Station Project in Lephalale, Limpopo, has attained commercial operation status.

“The unit was officially declared commercial after the completion of the unit optimisation, control demonstration, 72 hours and the 30 day reliability runs, putting all performance guarantees to effect,” the power utility said.

“Commercial operation of Unit 3 is a major milestone that signifies that Medupi is nearing its completion; therefore it cannot be taken lightly. Eskom as the engine room of South Africa must ensure electricity supply for the economic growth of the country; and Unit 3 has contributed greatly to that cause”, said Jan Oberholzer, Eskom’s chief operating officer.

Eskom says its capacity programme is on track and that it remains focused on bringing new capacity online‚ with 9‚104MW to be commissioned over the ...
News
5 years ago

“This signatory milestone marks the contractual handover of the unit from the principal contractors to Eskom..

“Unit 3 is distinctively different in that it is the first of the last three Units is supported by the auxiliary plant systems from the northern side of the site as well as the new control and instrumentation system. These as well as the new interfaces resulted in significant challenges different to those of the first three units. During the testing and optimisation phase, Unit 3 was delivering power intermittently; and contributing to the country’s electricity supply.

The Medupi Power Station Project in Lephalale is a green-fields coal-fired power plant comprising of six units rated in total at 4 800MW installed capacity. Construction activities commenced in May 2007 and the power station will according to Eskom have full installed capacity by 2020.

Eskom’s capacity expansion programme for growth continuing at a pace

Eskom board lauds utility for keeping lights on

Eskom’s board of directors has congratulated the electricity provider’s executive management team and its 46‚000 employees for working hard to ...
News
6 years ago
Next Article