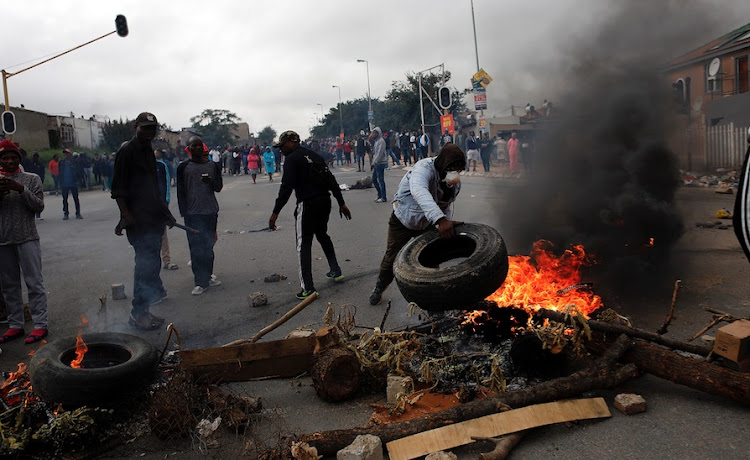 President Cyril Ramaphosa has proposed an effective model that will ensure rapid service delivery by municipalities across the country.

Speaking at his first State of the National Address in the sixth democratic administration on Thursday evening in Cape Town, the president said there is a number of initiatives to provide political oversight and strategic management.

"We will be adopting a district-based approach - focusing on the 44 districts and 8 metros – to speed up service delivery, ensuring that municipalities are properly supported and adequately resourced.

"This is the start of a wider process of arresting the decline in state capacity and restructuring our model of service delivery so it best serves our citizens," the president said.

Earlier this year, the Municipal IQ which specialises in local government data, revealed that the number of service delivery protests for 2019 has already eclipsed the total for 2016 (the year that SA voted in municipal elections).

Turning to embattled state owned enterprises (SOEs), Ramaphosa told the nation on Thursday that there was a need to tighten the bolts.

"To ensure that the state is able to effectively enable economic and social development, it is essential that we strengthen our state owned enterprises," he said.

"Through the Presidential SOE Council, government intends to create alignment between all state-owned companies and to better define their respective mandates," he said.

Ramaphosa said that through the council, government will work with the leadership of SOEs to develop a legal and regulatory environment that promotes innovation and agility and enhances their competitiveness.

"We will build on the work we have already begun to address problems of poor governance, inefficiency and financial sustainability."

He further stated that government is committed to building an ethical state in which there is no place for corruption, patronage, rent-seeking and plundering of public money.

Earlier this month, Ramaphosa met with CEOs of over 20 SOEs and discussed contribution the parastatals could make to economic revitalisation and social development.

Politicians spoke to the media on June 20 2019 after the second instalment of the state of the nation address by President Cyril Ramaphosa.

Within the next 10 years, President Cyril Ramaphosa will ensure that no South African goes hungry.
News
2 years ago
Next Article