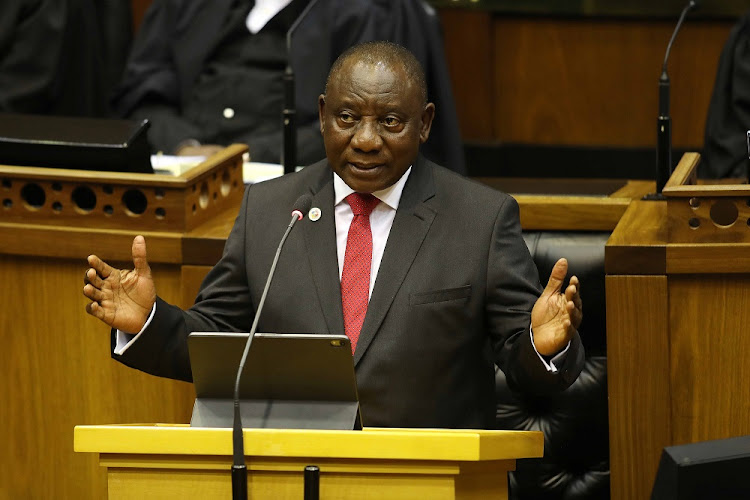 President Cyril Ramaphosa has outlined his 10-year plan when he delivered his state of the nation address on Thursday.

He said that his administration will focus on seven key points which are economic transformation and job creation, education, skills and health, consolidating the social wage through reliable and quality basic services, spatial integration, human settlements and local government, social cohesion and safe communities, a capable, ethical and developmental state and a better Africa and World.

He said the decision to focus on these specific comes as his administration would not be able to do "everything at one time".

President Cyril Ramaphosa tackled numerous issues during his State of the nation address on June 20 2019. From recouping money lost to State Capture, Eskom’s continuous woes to youth unemployment and Investment into South Africa - here’s all you need to know from Ramaphosa’s Sona address.

"Now is the time to focus on implementation. It is time to make choices. Some of these choices may be difficult and some may not please everyone,” said Ramaphosa.

“In an economy that is not growing, at a time when public finances are limited, we will not be able to do everything at one time. All our programmes and policies across all departments and agencies will be directed in pursuit of these overarching tasks.”

Ramaphosa said that they will prioritise these key points as they identified them during the elections campaigns.

He said that jobs and an economy that is not growing were issues that rose “above all others”.

“It affects everyone. It affects you, the young man eMzimhlope, out of school five years now and still not employed. It impacts you, the single mother from Delft, whose grant supports not just yourself but your grandchildren too.

“It hurts you, the worker in Nelson Mandela Bay, who despite earning a salary is struggling to make ends meet,” he said.

Ramaphosa promised the nation that he has heard all their cries.

“We have heard you, and many others. Sinizwile. Hi twile. To zwi pfa. Re itlwile. Through the elections held in May, you provided all of us with a clear mandate for growth and renewal,” he said.