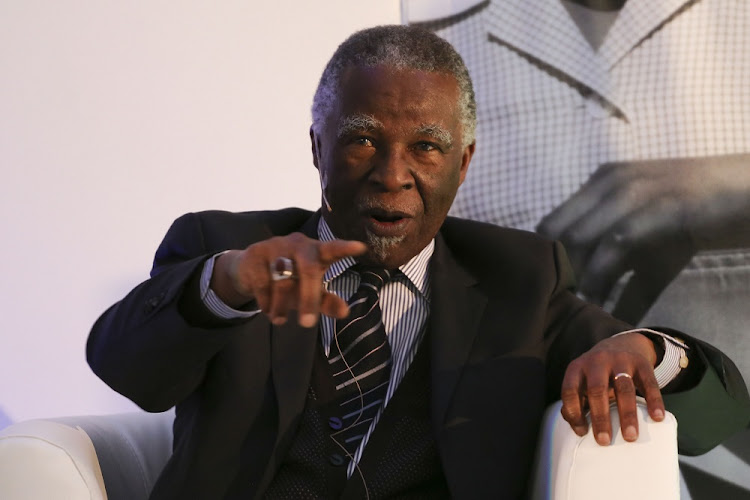 Former president Thabo Mbeki says the sacrifices made by those who died for the freedom that the country enjoys today are not appreciated.

Speaking at his 77th birthday gala dinner at the Wanderers Club in Johannesburg on Tuesday night, Mbeki told hundreds of people that the liberation was attained through people paying the ultimate price.

“The things that we are doing now are wrong. If you look at our past, there was a value system which informed these things.

“You see, some of the negative things happening in South Africa today, you can see that even if you talk to people and you say to them, ‘but you can’t do that’, they don’t understand what you’re talking about, because they’ve no sense of that value system which made so many of our people to sacrifice their lives in order to liberate us,” said Mbeki.

Jacob Zuma's new legal team will use the next few days to try to prove that the application for a permanent stay of prosecution has "great potential" ...
News
3 years ago

The former president who in April pledged his support to the ANC after what he described as the party now making a commitment to deal with certain issues - 11 years after being ousted as the president, spent his birthday in the presence of his wife Zanele Mbeki, former minister Aziz Pahad who served during the tenure of the former statesman, ANC veterans Mavuso Msimanga, Wally Serote and members of the Gauteng provincial executive committee.

The gala dinner, hosted by the Thabo Mbeki Foundation, drew large numbers from a range of different sectors of business on Tuesday night that saw the 25 tables filled to capacity.

According to a staff member with privy knowledge, told reporters that the each table per 10 seats cost R75,000, totaling about R1.8 million.

As if that was enough, more delegates pledged to plough more money towards the construction of the Thabo Mbeki Presidential Library. The highest amount came from an unknown individual, who pledged a million rand.

The library was launched at the University of South Africa, however, a new structure will be constructed in Killarney, Johannesburg this year.

Mbeki reflected on what citizens can expect to find on the shelves of the library, including records on his time serving as a note take to former ANC president Oliver Tambo.

“It is very correct that as South Africans we take all the responsibility of making sure that this library exists. It’s a commitment that I think all of us in the room are making, let’s make this thing a reality,” Mbeki pleaded.

He said it was important to make the library a reality as it will assist the nation to have access to its past. It will also give a glimpse of his tenure as the deputy president of the country, among many other topics, including discussions with the fallen Russian Soviet Union.

The Soviet Union was at the forefront of the anti-colonial and anti-apartheid Movements, and was the biggest benefactor of the ANC.

Former president Thabo Mbeki has paid tribute to struggle veteran Eric "Stalin"Mtshali who died this week at the age of 88.
News
3 years ago

Under normal circumstances, I would understand former president Thabo Mbeki's argument that the ANC has abandoned its historical values on ...
Opinion
3 years ago
Next Article