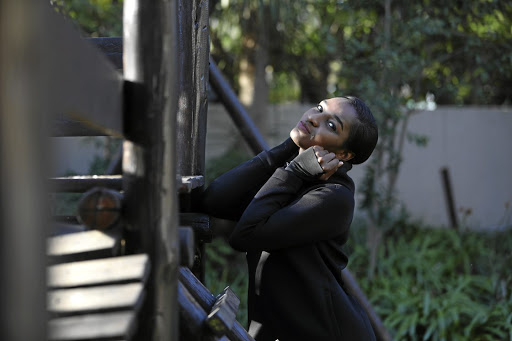 For Apryl Tshabalala, 28, being a transgender woman has been an uphill battle, especially when trying to access services in the public sector.

This is compounded by the prejudice and discrimination she experiences from society.

Tshabalala, from Umlazi township in Durban, was born Xolani Tshabalala. She told Sowetan being a transgender woman came with its own unique challenges in SA.

"It's hard simply acknowledging that you identify with a gender that you were not born to. But it becomes doubly hard because society is less accepting of who we are."

She constantly has to prove herself and work twice as hard as her peers to be accepted by society.

"You're going through the same challenges as your peers, but it's more difficult because you have to work twice as hard to get a job so you can survive. It's also hard trying to access essential services because usually people are not sensitised about us.

"I fail to understand why we have freedom if we are going to be judged for it. It's as if they [society] want us to disappear. We are normal and we want to live a normal life without being discriminated against."

Changes in geopolitical forces are sweeping rapidly across the world, affecting the lives of many, for better and for worse.
News
2 years ago

She said despite being born a male she gravitated towards all things feminine.

"I struggled to accept that I was in a male body, that I was a boy. But with time I realised I had to realign how I looked with how I felt. It was hard to express who I was, especially in the environment I was in. I was a boy growing up in a township which is traditionally patriarchal," she said.

But moving to Gauteng made her life simpler and opened her eyes to the prospect of transitioning after speaking to a friend while studying at the Tshwane University of Technology who was undergoing the process.

"After speaking to my friend I did more research on transitioning and knew that was what I wanted to do. The environment at TUT also allowed me to be free," she said.

She underwent a psychiatric evaluation which was necessary because she was becoming a new person. "It's a new reality, and the psychiatrists warn you that you won't feel the same after taking hormone replacement therapy. You'll start being hormonal more than usual and that you will no longer function like a boy."

Tshabalala said she started noticing the changes after six months - her skin became softer and her breasts became bigger.

"I was very hairy as a boy, but I started having less hair. It was exciting but it was a reminder of what was happening to me. That I was actually going through with it."

As the youngest of six boys, it was difficult for her family to accept her transition which caused a delay in the process.

"Something that one is not made aware of when they transition is that the world around you transitions as well. Your family and friends are also transitioning because you are becoming a new person and they have to be prepared for that," she said.

Tshabalala said her father has always been supportive.

"He was even at the hospital when I had my major surgery. I was a very lucky trans kid because a lot of transgender persons do not get the kind of support I got from my family."

She said she opted to have a gender reassignment as she could no longer identify with being a boy.

A study by NGO Access Chapter 2 titled Why We Matter, revealed that 57% of transgender persons who participated in the study had been physically
assaulted due to their gender identity. Another 57% did not have support from their families.

Steve Letsike, director at Access Chapter 2, said society was not coping with transformation and how diverse people were. "Society is not open to the idea of having transgender persons in their communities.

"We want to be accepted because we did not commit any crime, we are marginalised based on our sexual orientation and that needs to stop," Letsike said.